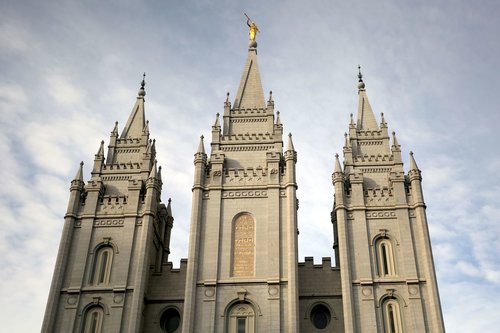 A woman is suing the Church of Jesus Christ of Latter-day Saints because it reported her husband to authorities after he confessed to sexually abusing their minor daughter, according to the Salem Statesmen Journal.

The woman, Kristine Johnson, is suing the church for $9.54 million, accusing it of violating confidentiality and breaching "priest-penitent privilege." The Mormon church has faced backlash in the past for not being forthcoming about such matters with authorities.

Kristine learned of her husband's abuse of their daughter in 2016. Instead of going to authorities, they followed church protocol by having the husband, Timothy Johnson, confess the sin to church clergy and repent. Kristine claims the church officials failed to tell Timothy that if he confessed that crime to the church, they would report him to police.

Timothy Johnson was arrested and charged in 2017, and pleaded guilty to four counts of second-degree sexual abuse and received a 15-year prison sentence.

The context of the confession is what has opened the situation up to some legal dispute. From the Statesmen Journal:

Oregon is one of the 28 states that specifically includes clergy on its list of mandatory reporters required to report known or suspected incidents of child abuse or neglect. But what is sometimes referred to as a confessional-style "clergy-penitent privilege" is an exemption to mandatory reporting laws.

The church stands behind its decision to put the victim first and report the situation to authorities.

"Protecting victims and ensuring proper reporting is a top priority for The Church of Jesus Christ of Latter-day Saints," church spokesman Eric Hawkins said. "The Church teaches that leaders and members should fulfill all legal obligations to report abuse to civil authorities. ... We are grateful for the efforts of law enforcement and prosecutors to investigate and pursue justice for those who were abused."

The $9.54 million sought in the lawsuit includes $5.5 million for Kristine for the loss of Timothy's income, $1 million for each of their children, and $40,000 for the criminal defense attorney used in the case.