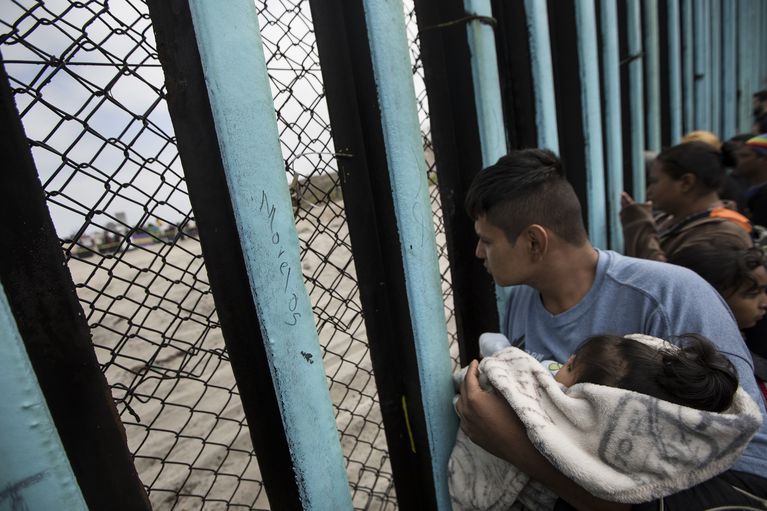 As Thucydides hinted, often when people are either afraid or malicious, they have historically tried to garb their fear or malice in the language of rationalization. After the ghastly massacre of Americans miles from the southern U.S. border, the firebrand Mexican leftist President Andrés Manuel López Obrador declined the help of Mexico’s northern neighbors in eradicating drug cartels.

“We have to act independently and according to our constitution, and in line with our tradition of independence and sovereignty,” he replied after President Trump’s tweet offering to “wage WAR on the drug cartels and wipe them off the face of the earth.” Obrador added, “War is irrational. We are for peace. It is a characteristic of this new government.”

This comes after his military was told to stand down and surrendered after losing an urban battle to El Chapo’s cartel last month. The rationalization then was similar: that war is brutal and there’s no point in risking life and blood to catch criminals. The criminals in this instance are those same gangs, which are now a law unto themselves.

This is nonsensical. Obrador’s policy since his election of “hugs not bullets” is similar to a lot of American progressives who believe in reformative justice. The reality is, of course, far more humbling. Mexico is now, at best, a failed state wherein large swaths of territory are controlled by different armed groups, similar to Afghan or Libyan warlords. There is no writ of the Mexican state or the Mexican army or police, and no law and order in these regions.

The drug cartels are as brutal as ISIS, if not more so. In the latest massacre, the cartels burned women alive inside their cars and shot kids while they were running away. That is the best-case scenario.

The worst case is that Mexico is a rogue state, actively hostile to regional peace. It is too early to ascertain which way it is, but the actions and rhetoric of the Mexican president after every massacre and episode of violence do not fill onlookers with optimism.

Mexico is a case study of what happens when progressivism is forced to face its own contradictions. Liberal (and some libertarian) policies, for example, prefer reformative justice, which uses reforms and social measures rather than more traditionally conservative punitive deterrence to deal with the roots of crime. Since the end of the Second World War, this concept has gotten more support, especially in the West.

The connection of societal factors behind a crime is dubious, to say the least, but nevertheless, this has become a conventional wisdom of sorts. The Labor administration of London ended police “stop and search,” claiming it targeted minorities. As a result, London now has one of the highest stabbing and homicide rates in the developed world.

The Swedish “gender-neutral” policing appeasement against rising gang violence is another example of leftist mumbo-jumbo. In New York, a U.S. congresswoman openly tweets her support against rail fare-dodging and for crowds who chant slogans equating the New York Police Department to the Klu Klux Klan. Then there’s the old idea that drug wars are going to fail, so we should decriminalize drugs.

These ideas are not all qualitatively similar, but they all stem from a flawed logic, that deterrence doesn’t work and appeasement does. The same arguments are popping up in Mexico and parts of the United States.

“This is no longer a war. It is no longer about force, confrontation, annihilation, extermination, or killing in the heat of the moment,” Obrador said after his forces capitulated to cartels. “This is about thinking how to save lives and achieve peace and tranquility in the country using other methods.”

“Other methods,” for those who are unaware, are the same old “holistic” approaches to tackling poverty and corruption. Likewise, the narrative of “drug legalization” never dies and is found in the most hipster-ish circles of the West. You can almost hear the vocal fry when you read the tweets or articles calling for drug legalization and decriminalization. The problem is that these progressive policies do not work.

First, this idea that a drug war has been ongoing is a half-baked myth, both in the U.K. and in the United States, with the real devastating results of normalization of drugs only slowly coming to the forefront. Law enforcement against people flooding the West with narcotics is not a “war on drugs.” The real drug war is happening in the Philippines and Brazil, where crimes and drug addiction as well as rape and murder have dramatically fallen, something you might not hear in the mass media because of the controversial methods undertaken.

Second, to normalize criminal behavior because it will never be completely eradicated is to say one needs to normalize pedophilia, murder, and promiscuity because societies will always have vices. It is a juvenile argument prima facie.

Most importantly, drug legalization does not work, as research shows. A British Medical Journal report from 2007 warned something every conservative knew instinctively: greater availability is the mother of greater usage, a warning repeated by Australian medical organizations working to reduce drug usage. In 1997, Dr. Theodore Dalrymple warned against legalization and the social costs of free drug use:

The philosophic argument is that, in a free society, adults should be permitted to do whatever they please, always provided that they are prepared to take the consequences of their own choices and that they cause no direct harm to others. … In practice, of course, it is exceedingly difficult to make people take all the consequences of their own actions — as they must.

Another paper warned against the government approach to help addicts, saying it would only result in devastating social and public expenditure costs, the effects of which are observable in the streets of California, which are filled with needles and human excreta.

The U.S. Must Take Action Against Mexico

Ultimately, however, this has nothing to do with debates over drugs. Debates about drug legalization are a peacetime luxury. This is not a time of peace.

The Mexican government has failed and refused to tackle the growing crime and warlord politics of the cartels, which are now taking advantage of lax American laws, border immigration programs, and partisanship and sanctuary city politics to form a base within the United States. What will happen once they have full power and control is anybody’s guess — look at what’s been happening in Mexico since 2011.

The American elites in D.C. are more concerned about whether the Kurds have a statelet in northern Syria, while the Zetas and Sinaloas have statelets in northern Mexico, which is far more brutal than ISIS. Not to mention, one of these borders is with the United States, with a direct effect on this side of the border, fueling a crisis within American cities and resulting in an annual death of more than 60,000 men and women.

President Trump won the election promising extrication from the Middle East and strong border control. The first is stuck in bureaucratic fiat. The second was dead before birth due to partisan politics. Unfortunately, a great power’s credibility relies more on retributive power close to home than far away in some uninhabited desert.

At the time of writing this, no Democratic leader has said a word about the massacred family in Mexico — not Julian Castro, or Beto O’Rourke, or Alexandria Ocasio-Cortez, the three most supportive of de facto open-border policies. They were, however, the first to raise hell when Trump said MS-13 gang members are animals. Nor are most Republicans vocal about this, when they would be the first to cry intervention had this happened somewhere between Algeria and Afghanistan.

The primary task of any government is to govern, not just to provide for security of citizens and residents within the borders, but to deter external threats as well. A failed state and anarchy south of the border is the definition of external threat, far greater than any Kurdish-Saudi-Turkish-Iranian proxy-war. If the politicians and the government are not willing to do what is needed, it’s only a matter of time before the public will take direct action. That is not a pleasant foreseeable scenario.

Sumantra Maitra is a doctoral researcher at the University of Nottingham, UK, and a senior contributor to The Federalist. His research is in great power-politics and neorealism.