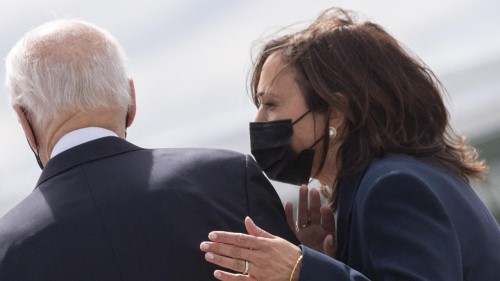 Kamala Harris is under criticism following a video that showed her chuckling after being questioned about the deadly disaster in Afghanistan.

Over the past few days, Vice President Kamala Harris has been heavily scrutinized for her failure to address the disaster in Afghanistan after the Biden administration decided to withdraw troops in Afghanistan. Then, on Friday, Harris was seen grinning widely as she was asked by reporters about the issue.

A reporter tried to ask the vice president about her response to Americans; however, Harris cut the reporter off before she could even finish her question. Harris then made a remark telling the media to “hold on” and “slow down” before doing her notorious chuckle, shaking her shoulders as she laughs.

WATCH: Kamala Harris laughs when a reporter starts to ask her about Americans trapped in Afghanistan pic.twitter.com/7863Seq36C

Ironically, the vice president will be traveling to Singapore and Vietnam, regions that were previously the site of the United States’ military humiliation back in the days.

After the video footage of Harris circulated on social media, one person reposted the video, stating the vice president apparently thinks the disaster in Afghanistan is a “laughing matter.”

Another social media user wrote that Harris’s reaction is like a skit in Saturday Night Live; the only difference is that the vice president is not acting, but laughing for real. The user added that the situation in Afghanistan is not anything to laugh at.

Meanwhile, other social media users are criticizing the vice president for traveling to Asia while, at the same time, claiming that Afghanistan is the main concern of the Biden administration.

There are likable sociopaths on Real Housewives but @KamalaHarris is not even human. Finding Afghanistan a laughing matter is not out of character for a demon as Kamala cackling Harris laughs at other people's pain. https://t.co/aOGvWNsrg0

One person posted a tweet saying Harris claims the Afghan crisis is the “higher priority” at the moment, while she takes a trip anywhere but Afghanistan. Another person wrote that Harris thinks the higher priority is Afghanistan and yet, she is boarding a plane to leave the “self-inflicted” disaster.

On Monday, the vice president persistently refused to engage in conversations whenever she was asked what she felt the Biden administration should have done differently in the U.S. troops’ withdrawal.

During a press conference in Singapore, Harris merely noted that there should be and will be a “robust analysis” of what transpired in Afghanistan. She added that at present, there is no question that the focus should be on relocating Americans and Afghan allies who have been working with the United States.