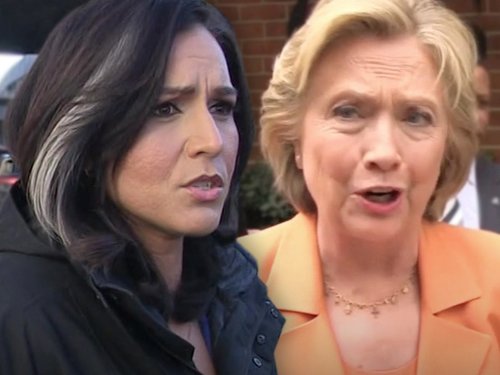 Democratic presidential hopeful Rep. Tulsi Gabbard (Hawaii) filed a defamation lawsuit against Hillary Clinton after the twice-failed presidential candidate implied that Gabbard is a "favorite of the Russians" during a podcast interview last October.

The lawsuit, filed Wednesday in the U.S. District Court for the Southern District of New York, argues that Clinton "carelessly and recklessly impugned" her reputation.

"Tulsi Gabbard is running for President of the United States, a position Clinton has long coveted, but has not been able to attain," the lawsuit jabs before making its claim: "In October 2019 — whether out of personal animus, political enmity, or fear of real change within a political party Clinton and her allies have long dominated — Clinton lied about her perceived rival Tulsi Gabbard.

"In widely disseminated national comments, Clinton falsely stated that [Gabbard] — an Army National Guard officer and United States Congresswoman who has spent her entire adult life serving this country — is a 'Russian asset,'" the lawsuit continues. "Clinton's false assertions were made in a deliberate attempt to derail [Gabbard's] presidential campaign."

In October, during a Campaign HQ podcast, Clinton told host David Plouffe that Russians were "grooming [Gabbard] to be the third-party candidate."

"They have a bunch of sites and bots and other ways of supporting her so far," she added.

"I'm not making any predictions, but I think they've got their eye on someone who's currently in the Democratic primary and are grooming her to be the third-party candidate. She's the favorite of the Russians," Clinton said. "And that's assuming Jill Stein will give it up, which she might not because she's also a Russian asset. Yeah, she's a Russian asset — I mean, totally."

In the lawsuit, Gabbard claims the defamatory statements made by Clinton were a "substantial factor" in causing her to suffer economic damages — which she estimates at a whopping $50 million.

In addition to actual damages, Gabbard will also seek special and punitive damages due to Clinton's alleged "malicious and unrepentant conduct."

The two Democratic politicians have not been on friendly terms for some time. In October, Gabbard responded to Clinton's "Russian asset" remarks by calling her "the queen of warmongers" and "embodiment of corruption."