Trump vows to ‘save’ Social Security, not cut it 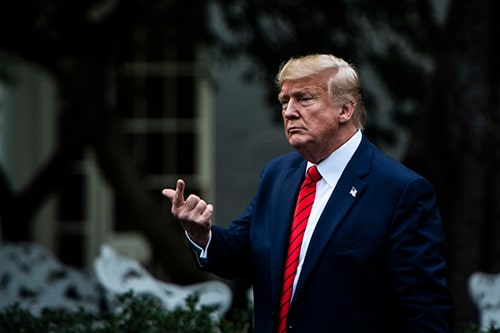 President Trump said on Thursday that he’ll “save” Social Security, a day after he said he is open to reviewing entitlement spending in a second term.

“Democrats are going to destroy your Social Security. I have totally left it alone, as promised, and will save it!” Mr. Trump tweeted aboard Air Force One on his way to the Republican National Committee’s winter meetings at his Doral golf resort in Florida.

In the Democratic primary, Sen. Bernard Sanders of Vermont is accusing former Vice President Joseph R. Biden of being open to cuts in Social Security, a charge that Mr. Biden rejects.

On Wednesday, at the World Economic Forum in Davos, Switzerland, Mr. Trump told an interviewer that he is willing to consider changes to entitlements such as Medicare, Social Security and Medicaid.

“At the right time, we will take a look at that,” the president said.

The White House said later that Mr. Trump wasn’t talking about cuts in benefits but wants to address waste and “fraud” in the programs.

“President Trump is keeping his commitment to the most vulnerable Americans especially those who depend on Medicare and Social Security,” the statement said. “His budgets have proposed more savings to mandatory programs than any president in history, including lowering drug costs, eliminating waste, fraud, and abuse, and getting people off welfare and back to work.”