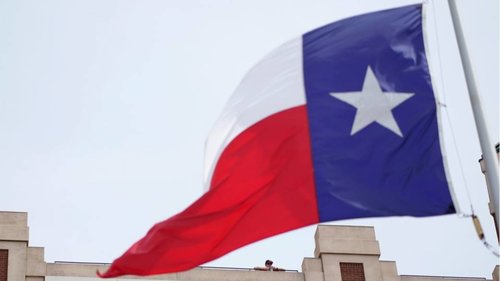 President Trump is all about shrinking the federal government and placing the powers to govern back into the hands of the states. Each state has the right to govern itself within the confines of the Republic the way it deems best.

The power-hungry Democrats would love to take that power away from the states and bloat the federal government, so they control everything. The initial intent of the Founding Fathers was to have the states rule themselves but stay unified as a Republic under a federal government. This was a way to protect each state from outside forces.

It was never the intent to allow the federal government to control the states. The Founding Fathers did not want a repeat of the way Great Britain ruled the colonies to happen to the new nation. Since President Trump is returning powers to the states they can now make their own choice to allow refugees to settle in their state or not.

The governor of Texas is Greg Abbott. He has seen his state welcome refugees to Texas more than any other state in the union. But it has changed for 2020. The president has issued an executive order that gives them this option to refuse any refugees. The State Department received his letter before the deadline of January 21, declining any more people.

Abbott’s decision goes against the normal path that many other states have taken. But those states do not have to deal with border issues like Texas does. Abbott pointed out that Texas has a lot of “unauthorized migration stemming from an immigration system that Congress has ‘failed to fix’ and must focus its resources on those who are already here, including refugees, migrants, and the homeless-indeed, all Texans.”

Abbott’s choice in this matter is a model for others to follow. California could learn a lot from the example that Texas is showing by how they care for their homeless and immigrants settling in the state. California has a huge homeless problem. It has gotten so bad that the Democrats have proposed blockading streets and sidewalks just to keep the homeless away.

But blockading them out is the heartless approach. These are people that need special care and attention. They do not deserve to be shoved into the corner like leper colonies of old time, that cannot be cured. They deserve to be helped and housed in the ways that Texas is helping them. The actions of Abbott are not going to be popular with other states. But he is not concerned with what others think. He cares to do what is right for his state.

Abbott has shown remarkable wisdom like every Republican does. He knows that the time to stop accepting people is now, so they can incorporate the ones they have into society with creating a void. At some point, they will once again open the doors to new refugees.

Abbott recognized that Texas would soon fall into the problem of not being able to care for their people if they kept coming. There is always a tipping point. California has already tipped on its side because their Democrats failed to recognize the need to care for the people they had before taking in new ones. This is a lesson Governor Abbott has already learned and now is demonstrating that wisdom to others.

Some are foolishly trying to tell the states what they can and cannot do as they challenge the executive order in court. But the message is clear coming out from Texas. There has to be a level of responsibility when caring for people. One has to know when there are too many people to care for and not enough supplies to go around. Failure to do so will end up making the state look like California.