Sen. Rubio’s “Mind Your Own Business Act” is a Threat to Pro-Woke Companies 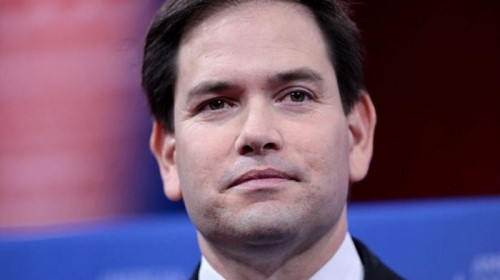 On Thursday, Senator Marco Rubio from Florida introduced the “Mind Your Own Business” Act. This bill will encourage shareholders to bring big corporations to justice for promoting Woke culture.

With this measure, the legislation will mandate corporate owners to prove that their promotion of woke culture is in the best interests of their shareholders.

As more and more corporations start promoting left-wing political beliefs, Marco Rubio’s actions can now hold them accountable. The bill came into the limelight when the senator announced it in his appearance on a morning show, Mornings with Maria.

Rubio believes patriotic Americans should have a right to hold tyrants of big corporations accountable. He further clarified that these big giants are “nationless” entities with the sole aim of making money by promoting destructive agendas and left-wing political beliefs.

Under the newly introduced bill, the corporations will have legal binding to prove that their pro-left wing ideology is in the best interests of their shareholders. However, if they fail to prove it, they will face consequences.

If you are a shareholder of a company run by bad woke managers who would rather virtue signal to Marxists than run the company, you are at a severe legal disadvantage in suing that management. Today, @MarcoRubio introduced the Mind Your Own Business Act, which would fix that.

Marco Rubio explained if these business giants are convinced their woke promotion is for the greater good of society, all they have to do is prove it under oath in court.

While addressing the shareholders who will be empowered under the new bill, Marco Rubio said that shareholders have legal duties to scrutinize the corporations they invest in.

It is essential to note here that a lot of corporations in the United States have walked the woke path to promote left-wing ideology that has been damaging for Republicans’ political narratives.

While some people call it a tactic to support left-wing ideology, others believe it is just a profit-driven mantra propagated to influence people’s emotions to make big sales.

While naming some corporations, Marco Rubio said companies like Coca-Cola and Nike use the money of their shareholders to take a biased political stance. Similarly, Rubio also criticized Gillette for one of its commercials in 2019 which sought to mention “toxic masculinity.”

The Florida senator said the new bill discourages companies from promoting “Marxist fads.” This also bans corporations from practices of denying service to a specific group of people or changing the composition of their workforce to promote critical race theory.

Shareholders are still capable of suing corporations if they take politically motivated stances; however, Rubio mentioned that cooperative giants have tweaked their bylaws to save themselves from accountability.

If the bill is passed by Congress, Rubio’s ambitions to introduce strict checks and balances on companies will become a reality. This will hurt Democrats’ ambitions to promote woke culture in the country.