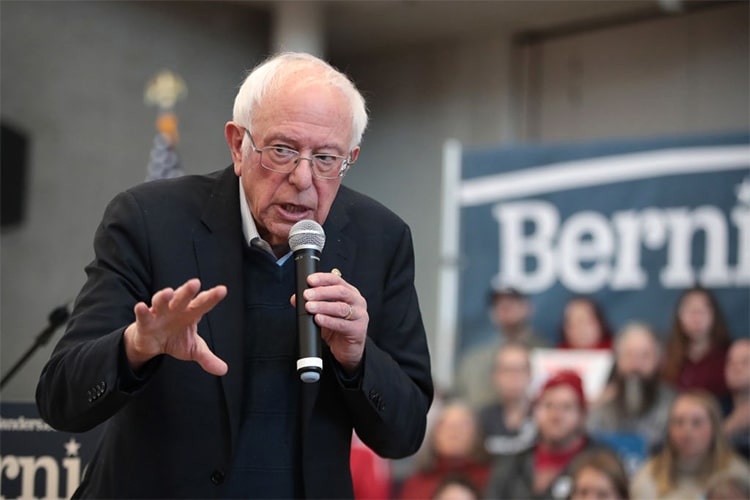 Socialist Vermont Senator Bernie Sanders has made a lot of promises in his campaign. He wants to wipe out student debt, implement a Green New Deal with his buddy Alexandria Ocasio-Cortez, and expand Medicare for everybody. Until now, though, Sanders has been light on the details.

In a fact sheet released on Monday, Sanders set out exactly how he plans to fund his projects that would cost several trillion dollars. It will involve a massive cut to military spending, the introduction of new taxes, and a series of lawsuits against the fossil fuel industry that would provide short term income to offset the sky-high costs of his plan.

The fact sheet sets out his plan in sections, providing an easy-to-read overview of his spending plan. Under “College for All and Cancel Student Debt,” the fact sheet explains that it would cost $2.2 trillion to make tuition free and cancel student debt over a period of 10 years. He proposes that it could be fully paid for by implementing a “modest tax” on Wall Street that, he believes, would raise an estimated $2.4 trillion.

That, of course, is pure speculation.

Under “Expanding Social Security,” it says that his administration would aim to increase benefits for low-income senior citizens by over $1,300 per year. Sanders suggested that if those who earn more than $250,000 per year “pay the same rate into Social Security as working families,” then this could be covered.

The detailed plan comes after Sanders has faced great scrutiny over his plans. In a recent interview on 60 Minutes, Sanders told interviewer Anderson Cooper that he couldn’t “rattle off to you every nickel and every dime” of what it would cost to implement his plans.

Sanders’ explanation for how he will fund the insane “Green New Deal” is by far the largest section of the document, and also the most revealing. It contains not just a promise to scale back military operations by $1.215 trillion, but it also uses speculation and theories that can never be proven until tried. His fact sheet explains how “averting climate catastrophe” could save “$2.9 trillion over 10 years, $21 trillion over 30 years and $70.4 trillion over 80 years.”

Not only is “saving money” not the same as having money to spend, but it is also completely unprovable and not based in fact.

The fact sheet even shows how a Sanders administration would collect $2.3 trillion in new income tax revenue from the 20 million new jobs created by the plan.”

Sanders, like most socialists, deals entirely in hypotheticals and conspiracy!