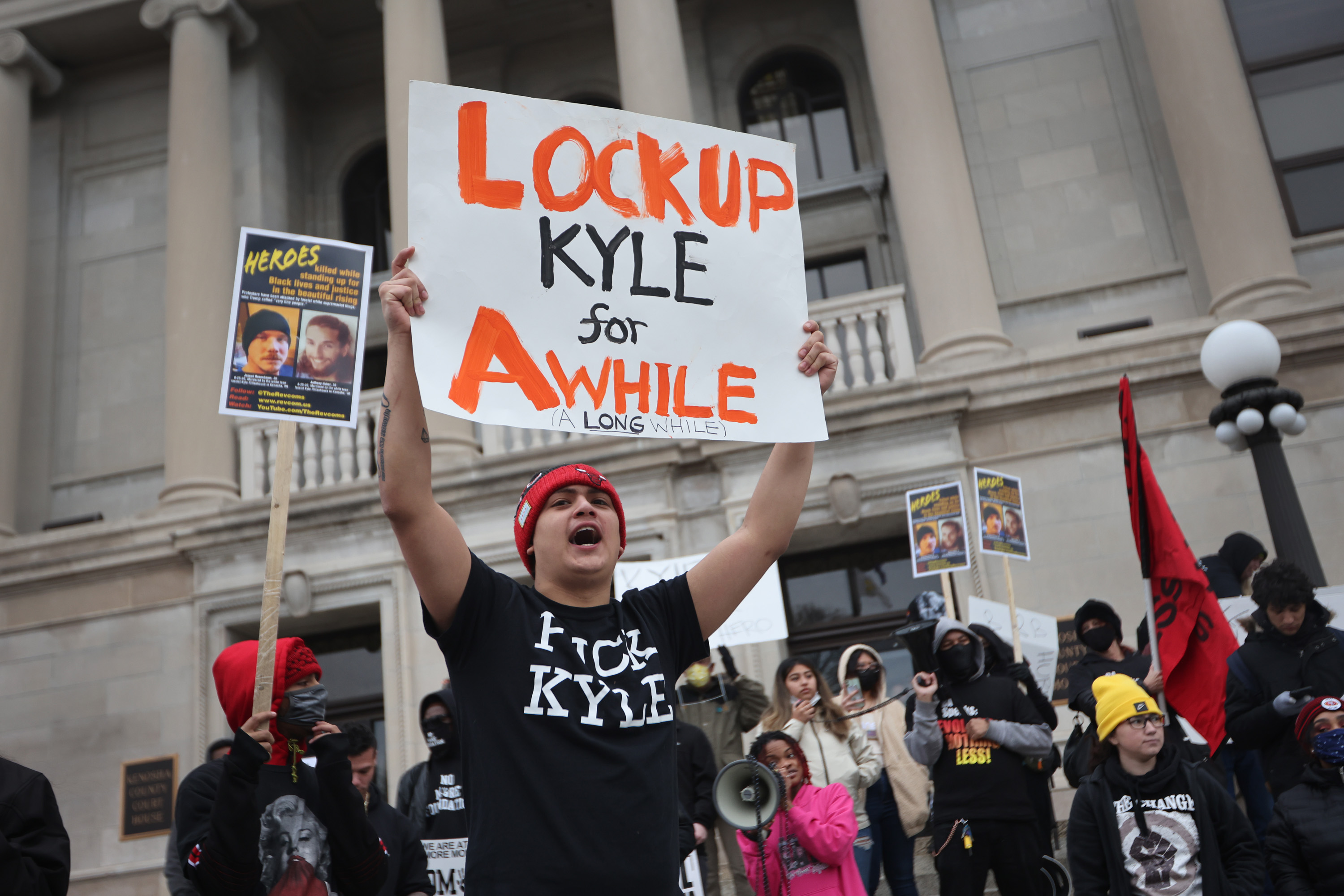 Violence erupted in many liberal cities after the Rittenhouse case verdict, as the jury acquitted him from all charges. The protests were later declared riots as protesters started breaking windows and throwing stones at police officers.

Portland turned into a battlefield after the Rittenhouse protests

Right after the Rittenhouse verdict, almost 200 protesters flooded the roads and blocked them in Portland, showing their anger against the court. As the situation unfolded, most of them turned violent and started attacking the police.

This prompted the police to declare the demonstrations as riots. The protestors damaged the gate to the justice center, ultimately encouraging the police to take severe actions against them.

Thus, the Portland Police Bureau acknowledged the violent nature of the protests, instructing the protestors to move to the west.

🚨#BREAKING: Police in Portland Oregon have just declared a riot

Right now Rioters dressed in black are breaking windows of several government buildings. All police precincts are responding. 911 callers will experience long wait times due to this incident pic.twitter.com/xlbwQIpNdA

Police officials even warned the protestors that failing to disperse could lead to their arrests, the use of pepper spray, and impact weapons. This ultimately disappeared the crowd near 11 p.m, helping the city normalize its operations.

The Portland police were well aware of the threats beforehand; therefore, they issued a statement Friday morning, noting they could ask for the help of other law enforcement agencies as deemed necessary, depending on the severity of the threat.

Portland has a history of violent protests, a top example being the wave of demonstrations in the city after George Floyd’s murder. The protestors have often blamed the police for being heavy-handed in their response to demonstrations.

New York saw the same sorts of demonstrations, where the protestors flooded the streets and vandalized cars.

As the situation worsened, the New York Police Department (NYPD) said it is their responsibility to maintain law and order in the city and to protect the lives and properties of New Yorkers.

Likewise, the police warned people not to break laws in the name of the protests or they should be ready to get arrested. Reportedly, almost five people were arrested in the Middle Village, a neighborhood in New York.

Robert Holden, a Queens councilman, said the protesters were seen jumping on cars in the streets of Middle Village. Likewise, Holden noted the statement of New York City Mayor Bill de Blasio against the verdict fueled the fire and invited protests that could have been avoided otherwise.

Protests erupt from New York to California after Rittenhouse acquitted on all chargeshttps://t.co/94iBXiEP32

Despite the fact Biden initially said he stood by Rittenhouse’s verdict, he later adopted a different tone of remorse, saying it angered him, like many other Americans.

Meanwhile, House Judiciary Chair Rep. Jerry Nadler asked for a DoJ review of the verdict, noting the acquittal of Rittenhouse was a “miscarriage of justice” in the United States.

His remarks were much different than those of Biden, but aligned with Congresswoman Rashida Tlaib, who said the verdict will encourage white supremacy in the country.