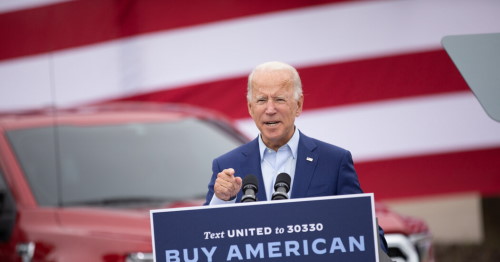 At a press conference on Monday, State Department spokesman Ned Price spoke about a new report that shows that European companies are moving away from the Nord Stream 2 pipeline from Russia to Germany, seemingly taking credit for putting pressure on these companies and leveraging geopolitical power against Putin. He noted that 18 companies will not be subject to U.S. sanctions as a result of their choice to no longer use the pipeline.

“Don’t you think it’s bit disingenuous to claim credit for the 18 companies winding down?” asked Lee. “All of this work was done in the previous administration, and you guys have only been in office for a month. Right? Are you telling me that in the last four weeks, these 18 companies all of a sudden decide to say, ‘Oh my God! We better not do anything with Nord Stream 2.’ All of that, you guys are taking credit for stuff that the previous administration did, no?”

Yes, but at whose direction, Ned? We notice you didn’t get around to specifying that.

In any event, Price’s point seems to be that the Biden administration is at least as committed to stopping this pipeline’s success as Trump was, but…well, there are some serious doubts about that.

“Russia’s adversaries in central and Eastern Europe are worried President Biden isn’t willing to fight hard to stop the Russia-Germany gas pipeline Nord Stream 2 — one of Vladimir Putin’s core priorities,” Axios reported this week. “The completion of Nord Stream 2 would be a huge geopolitical win for Putin and give him substantial new leverage in Europe.”

“President Trump even leveled trade threats at Merkel as part of his hardline tactics to stop Nord Stream 2,” the outlet noted. “Construction on Nord Stream 2 halted during the Trump presidency.”

In contrast, Russia waited only a couple of weeks into the Biden presidency to resume construction on the pipeline.

Meanwhile, the Keystone XL was shut down on Biden’s first day.