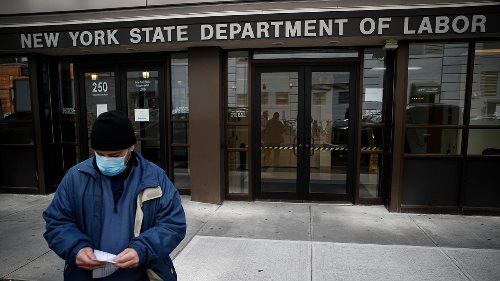 Just last week, over 6,648,000 Americans have lost their jobs as the country’s economy took a deep plunge as a result of the ongoing coronavirus pandemic.

Two weeks ago, the administration had already listed 3.3 million jobless claims. Initially, US economists predicted that the country would see 3 to 4 million unemployment claims. However, such predictions are still subject to change due to the staggering economic conditions.

Experts have explained that on an unadjusted basis, 5.8 million new claims came in. Most of the jobless claims are considered as a proxy for lay-offs, which meant that American businesses have to let go of millions of workers. Most of those who were heavily affected by the lay-offs were employees relying on everyday interactions such as bars, restaurants, hotels, gyms, and theaters.

Moreover, the economic effects of the coronavirus pandemic had been evident in each state. In fact, all states hare reported an increase in their claims since the news of the deadly virus hit the country. The administration determined that the highest reported claims were in Pennsylvania, Ohio, Massachusetts, Texas, and California, while the smallest increases were in the Virgin Islands, South Dakota, West Virginia, Vermont, and Wyoming. In an interview for media outlet NBC, Michelle Meyer, head of US economics at Bank of America, claimed that the sudden increase of jobless claims remains unprecedented. She cited that during the previous financial crisis, they were only seeing a maximum of 650,000 for first-time applications each week.

Another expert, Michael Feroli, the chief US economist at JPMorgan, said that they have already expected the increase in unemployment; however, they were only expecting 3.5 million applications. He also warned that the unemployment rates might still increase in the next few weeks.

A member of a progressive think-tank, Heidi Shierholz, also echoed the same sentiments in an interview with Breitbart news. In a statement, Shierholz agreed that the sudden surge of unemployment in the labor market is “unheard of.”

Based on the number of lay-offs, economists predicted that by the end of April, 20 million Americans would lose their jobs. The projected numbers would be more than twice the number of people that had been laid off since the Great Recession. In addition, experts believe that the numbers could go up to 15%, a huge difference from 10.8% in 1982.

However, the administration reminded people to stay calm. In a media appearance for Fox News, White House trade adviser Peter Navarro said that the millions of unemployment claims were “totally expected.” Navarro explained that this was a part of Trump’s coronavirus response. “Look, this is to be totally expected, because the whole strategy of President Trump is to basically get social distancing so we can combat the virus,” Navarro said.

Navarro added that the Trump administration is doing everything they can to deal with the global crisis. He also added that the $2 trillion economic relief package which had been approved last week would provide immediate support for families and workers that have been affected by the virus.

Moreover, the administration has allocated $350 billion for small business loans, which can be “forgiven” if the companies choose to use the loans to rehire or even retain their workers. The package had also added $600 a week for jobless aids, on top of the $1,200 checks, which will be given to American households.