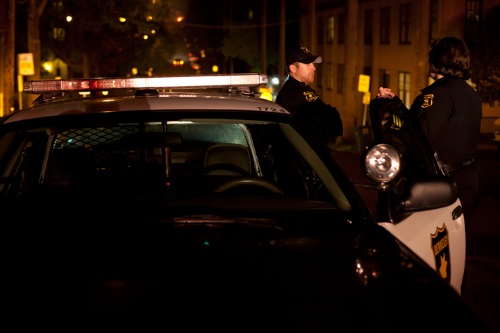 From the “Of Course They Did” files, the Berkeley City Council voted this week to take traffic stops out of the hands of police and into the hands of unarmed civilians. The council, which listened to hours to public testimony before voting in the wee hours of the night, said Wednesday that the proposal was aimed at eliminating racial profiling from the streets of the progressive California city. Under the terms of the plan, which will be devised in detail by a newly-created public committee, a new department will be developed to deal with parking and traffic laws.

The committee will also be in charge of finding a way to cut the police department’s budget by half.

Tired after a long night of debate, Berkeley Mayor Jesse Arreguin said he was hopeful about the proposal and the new direction of law enforcement in his city. He cautioned, however, that those changes would not happen instantly.

Mark Cronin of the Los Angeles Police Protective League said the proposal was nothing short of ridiculous.

“I think what Berkeley is doing is nuts,” Cronin told the Sacramento Bee. “I think it’s a big social experiment. I think it’s going to fail and it’s not going to take long for, unfortunately, traffic collisions, fatalities to increase exponentially.”

His concerns were echoed by Frank Merenda, a former NYPD captain.

“Traffic stops are one of the most unpredictable and therefore dangerous duties of law enforcement. There is no such thing as a routine traffic stop and to perform them effectively and safely takes months of police training in and outside of an academy,” said Merenda.

Yeah. Not that we’ll celebrate on the day it happens, but you would have to be an idiot not to see what’s coming: The shooting death of an unarmed civilian who is out there on Berkeley’s streets trying to hand out traffic tickets. We know times are tough and jobs are hard to come by during this pandemic, but you would be absolutely crazy to take this position. Pull over random cars without a gun, a taser, and the force of the law on your side? Uh, how about no.

These leftists, with their “good intentions,” are going to build a road upon which to drive this country right to hell.