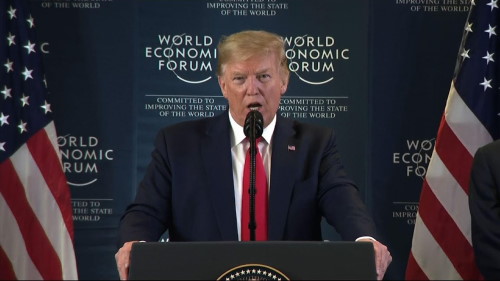 A series of divisive events have taken place in the eight days since Capitol Hill was stormed by frustrated supporters of President Trump.

For starters, just about every major social media platform has removed President Trump. Facebook and Instagram are banning the president indefinitely; meanwhile, Twitter, Snapchat, and even payment processing companies announced their decisions to permanently suspend Trump.

In addition to the aforementioned details, the Trump Organization and Trump Bedminster golf course have lost contracts and business due to the events on Capitol Hill. However, all of this and more preceded yesterday’s impeachment of President Trump by the House of Representatives.

The Only President to be Twice Impeached

The vote to impeach the 45th president ultimately came down to 232 vs. 197. In a notable difference from 2020’s impeachment of President Trump, a total of ten House Republicans voted alongside Democrats.

GOP House members such as Rep. Liz Cheney argued that the president “lit the flame” of last Wednesday’s attack against the U.S. Capitol. Since Cheney’s vote in favor of impeachment, some Republicans are pushing for her removal; nevertheless, Cheney still maintains that the president “betrayed” America by not “forcefully [intervening]” to stop his supporters.

BREAKING: The House has voted to impeach President Trump for incitement of insurrection, with 10 Republicans supporting the resolution. He is now the first president in U.S. history to be impeached twice https://t.co/AOSBKrUbre pic.twitter.com/N1kkJvgb44

Due to the votes from 232 House members yesterday, Trump has set a new record as the first U.S. president to face impeachment twice.

When Will the Senate Hold Its Trial?

With impeachment having passed through the House of Representatives, the Senate must now hold a trial.

Based on remarks from Mitch McConnell, Trump’s trial is unlikely to happen before he leaves the White House in six days. McConnell has also made clear that he will consider legal arguments presented during the trial; moreover, the Senate leader is not yet certain on whether he’ll vote for or against the conviction of President Trump.

Trump condemns violence in a new video: "I want to be very clear. I unequivocally condemn the violence that we saw last week, violence and vandalism have absolutely no place in our country" https://t.co/DRCJTIyh3X pic.twitter.com/7rlRn78f80

Are you shocked that the House of Representatives has now impeached President Trump for a second time? Let us know in the comments section down below.