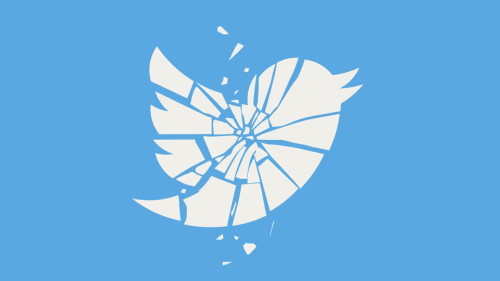 The months-long saga of Elon Musk’s hostile Twitter takeover has mostly concluded. Musk is the new boss, and he fired all the top executives and about half of the SJW staff will be getting pink slips. The left is in a full state of panic about the fact that Must has promised to make Twitter a free speech platform. Since it’s now dawned on everyone in the neo-liberal system that they can’t stop Musk, they’ve settled on a new tactic: force Musk into submission. And that effort is being led by Twitter’s single biggest advertiser, COVID shot-maker Pfizer.

Pfizer made headlines this week when it suddenly “paused” all its advertising on Twitter. The company has been pouring a sizeable chunk of its history-making profits into advertising anywhere and everywhere that people might talk about the COVID shots. This is why the entire mainstream media continues to lie to the public about the dangers of the shots. They’ve even had co-workers who suffered crippling injuries from vaccination but never report just how toxic this new mRNA gene serum is for many people. That sweet, sweet Pfizer cash is just too much for the press to tell the truth.

But with Twitter suddenly becoming somewhat of a free speech platform… Yeah, Pfizer is worried.

A company spokesman told the Wall Street Journal that the company is “concerned that Mr. Musk could scale back content moderation, which they worry would lead to an increase in objectionable content on the platform.”

Gee, we wonder what sort of objectionable content Pfizer would be worried about!

The reason for this is fairly obvious on the surface. Most of these companies donated to Black Lives Matter and other leftwing nonsense during the pandemic. They’re all-in on the Democrat Party’s woke politics. But there’s something a little deeper going on.

This drive to try to blackmail the Elon Musk-owned Twitter into censoring conservatives and vaccine skeptics is coming from a group called “Accountable Tech.” Accountable Tech bills itself as a tax-exempt non-profit. Its Board of Directors, however, is entirely filled with progressive political operatives, most of whom have worked for Hillary Clinton, Barack Obama, and Joe Biden’s presidential campaigns.

And Accountable Tech’s Donation Page informs donors that their cash is actually going to ActBlue, the dark money Democrat Party organization run by Barack Obama and financed by George Soros. It all starts to make a bit more sense, suddenly, doesn’t it?

“Keep accounts including those of public figures and politicians that were removed for egregious violations of Twitter Rules – such as harassment, violence, and hateful conduct – off the platform.”

In other words, “Don’t reinstate Donald Trump on Twitter! He might send out mean tweets about us!”

And Pfizer, obviously, doesn’t want people to talk about all the obvious evidence and scientific studies proving that their COVID shots are actually not “safe and effective.” This gives an even better sense of the extent to which the political left is afraid of free speech. They can’t tolerate the risk of anyone upsetting their apple cart. It will be interesting to see Musk’s reaction to this obvious blackmail ploy – and just how committed he actually is to free speech.