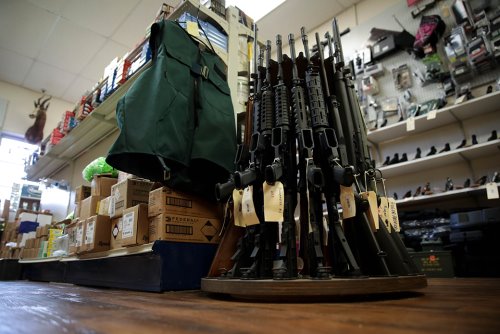 'The Democrats are against voter ID laws. They’re against guns and ammunition. To me, it’s just hypocrisy...'

Democratic lawmakers in Pennsylvania have introduced two bills to restrict and tax ammunition purchases, as well as to number and monitor each round sold, according to the Observer–Reporter.

State Rep. Brian Kirkland, D-Chester, introduced a bill to require ammunition sellers to verify a purchaser’s age with photo ID before selling to them.

To buy ammo in Pennsylvania, purchasers must be at least 18 or 21 years old—depending on the ammunition type—but state law does not currently mandate that sellers verify the purchaser’s age with ID, the Epoch Times reported.

“I don’t think this is making it harder for anyone to get a gun,” he continued. “You get carded to buy alcohol or tobacco. There is no accountability for the person selling ammunition.”

Kirland did not mention the need to mandate photo identification for voting, which Pennsylvania law does not require and most Democrats do not support.

Kirkland’s bill punishes ammunition-sellers with fines starting at $1,000 and increasing to $3,000 if they do not verify a purchaser’s photo ID. If convicted, the vendors also would be prohibited from selling ammunition for 30 days.

Val Finnell, the Pennsylvania director at Gun Owners of America, said that under current law sellers can be charged with a misdemeanor for selling ammunition to minors.

“I don’t know why there are age restrictions to purchase ammunition. It’s just another restriction placed on our constitutional rights,” Finnell said.

“The Democrats are against voter ID laws. They’re against guns and ammunition. To me, it’s just hypocrisy,” Finnell continued. “There shouldn’t be a restriction.”

Another bill imposes a 5-cent-per-round tax on ammunition purchases and mandates that ammunition manufactures mark each round so that authorities can track them.

The tax revenue would fund a police database to track ammunition sold in Pennsylvania.

“Estimates suggest that Americans buy 10 to 12 billion rounds of ammunition every year,” they said. “It is time for us to keep track of these lethal weapons and ensure that we have the tools necessary to convict individuals who use their firearms for unlawful purposes.”