New York City to Go Back into Lockdown Mode 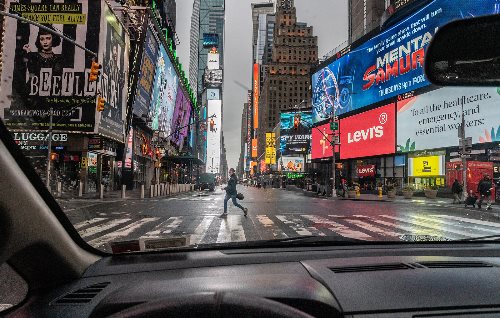 For all intents and purposes, shutdowns have devastated the nation’s economy. America’s workforce is gradually coming back; however, gains reaped over the summer and beyond are due to red states that have gradually lifted restrictions and engaged various economic sectors.

Blue states, on the other hand, are remaining shut down. There’s one exception in Michigan; however, the unlocking of the state didn’t happen because Governor Whitmer had a change of heart.

Only after the Michigan Supreme Court ruled that the Democrat governor could no longer (ab)use emergency powers did she agree to work with Republicans in the state legislature.

Michiganders have an opportunity to weigh in on our state’s Supreme Court on their ballots for the November 3rd election. I’ve endorsed @BridgetMaryMc and @WelchForJustice because they are committed to doing the right thing and following the rule of law. pic.twitter.com/iUvG9I66Uf

Here’s the reality: ongoing shutdowns in blue states are having adverse impacts on Americans’ livelihoods, jobs, and the economy at large. Unfortunately, it appears that matters will severely worsen before they improve; according to Washington Examiner, New York City is about to return to lockdown mode.

Yesterday, Bill de Blasio, New York City’s Democrat mayor, informed that the locality is suffering from an “extraordinary problem” of rises in coronavirus positives. For this reason, the NYC mayor is set to shutter restaurants, private schools, and “non-essential” businesses in the Queens and Brooklyn areas.

In order to make this happen, the Democrat mayor informed that he’ll need “state approval” from New York’s leftist Governor Andrew Cuomo. The Empire State has already suffered enough from lockdowns; some of the most devastating consequences of ongoing closures include job loss and a likelihood that nearly 50% of the state’s bars and restaurants will close for good.

To keep everyone safe, our proposal outlines the closures of indoor dining, gyms, indoor and outdoor pools in these zip codes on Wednesday.

None of this seems to matter to De Blasio, though; the liberal mayor continues to stick by the argument that shutdowns are worth it, regardless of how much harm is left in their wake. If New York City does, in fact, go into another shutdown, there’s no telling what the community will look like.

Over the months of the “pandemic,” Democrat leaders in New York have taken heat for their imposed decisions and subsequent outcomes.

New York Governor Cuomo continues to come under fire for mixing nursing home patients with individuals who tested positive for coronavirus. To date, the Democrat governor has yet to take responsibility for this.

Meanwhile, Mayor de Blasio decided that withdrawing funding from the New York Police Department was a smart move. Since this call, crime has surged in New York City and the Justice Department designated the locality as an “anarchist jurisdiction” last month.

Do you think New York City will be able to survive another lockdown? Let us know what you think will happen down below in the comments section.