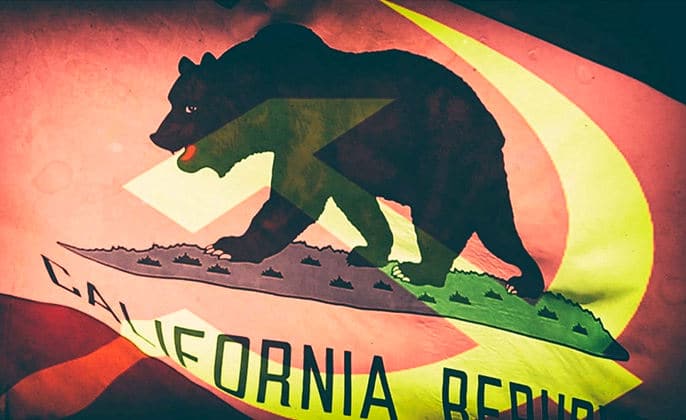 California Governor Gavin Newsom recently expanded anti-2nd Amendment legislation despite the fact that America’s gun homicide rate is down over the last 25 years, even with the high-profile mass shootings plaguing America.

Newsom gave teeth to a “red flag” law that now allows co-workers, employers and educators to file for gun violence restraining orders that last up to five years against gun owners they deem a danger to themselves and others.

Newsom’s legislation also gives judges the ability to issue search warrants as they grant the orders, meaning if a gun owner is served with the relinquishment orders but fails to turn over the firearms or ammunition the warrant can be activated immediately.

The ACLU said the bill “poses a significant threat to civil liberties” because a restraining order can be sought before a gun owner has an opportunity to dispute the request.

Additionally, those making a request under the new law may “lack the relationship or skills required to make an appropriate assessment,” the ACLU said.

Newsom went on to boast that “California has outperformed the rest of the nation, because of our gun safety laws, in reducing the gun murder rate substantially compared to the national reduction.”

“Between 1993 and 2017, the latest available, there was a 62 percent decline in the gun murder rate in California, nearly double the 34 percent nationally,” Newsom said.

But is it due to Newsom’s unconstitutional tyranny?

In Texas, where you can take a handgun to your college class, gun regulations have been rolled back, yet its gun-homicide rate has plummeted 61 percent in the last quarter-century.

Democratic Assemblyman Phil Ting of San Francisco, who authored the bill, claimed a study found gun restraining order laws may have helped prevent 21 mass shootings, yet University of California Davis researchers warned that “it is impossible to know whether violence would have occurred.”

Ting also authored a companion bill that would allow gun-owners who are the subjects of restraining order requests to file a form with the court declaring they won’t contest the requests and are surrendering their firearms, even though they have a right to do so.

Currently, even those who agree to give up their guns must go through a court hearing.

Apparently the Second Amendment no longer exists in Commiefornia, making it a prime destination for home invasions, carjackings and full-blown chaos.