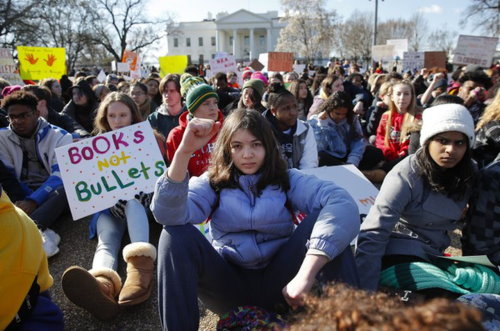 Democrats have been pushing gun control… well, since forever. But whenever a shooting takes place, they use the tragedy to hype up increasingly extreme measures. In the aftermath of the Uvalde shooting, they are ignoring all practical means of protecting schools, to grab guns from Americans.

Republicans have repeatedly called for legislation that would increase security in schools. Not to mention other methods that would train faculty in how to protect their students. Instead, Democrats shoot these measures down, knowing they will actually work. Because, if they work, there is no need for gun control.

But Americans are not buying this line.

A new poll conducted by The Trafalgar Group in partnership with Convention of States Action (COSA) shows that a majority of 2022 likely voters support having properly trained, armed teachers in schools. The poll was conducted in the aftermath of a mass shooting at an elementary school in Uvalde, Texas, in which 21 victims, including 19 children, died…

According to the data, 57.5% of respondents said that preventing properly trained teachers from carrying firearms in schools makes schools somewhat or much more dangerous. Just 30.8% said the opposite…

Among age groups, the youngest cohort of 18-24 year olds voiced the most support for arming properly trained teachers. Nearly 62% said preventing teachers from having firearms made schools much more dangerous versus 21% who said such a policy made schools somewhat less dangerous.

So much for the left’s gun control narrative, huh? A majority of voters believe that arming teachers will make schools safer. In an age when evil gunmen are targeting our most vulnerable, why aren’t we taking steps that will actually work in protecting schools?

The facts don’t lie. Shooters go to places where they know most people are unarmed. They target schools, churches, and shopping centers, convinced we are all sitting ducks.

What would happen if these sick people knew that there were more than a few people ready to shoot back? Even if they were dumb enough to try, they’d quickly fail.

Yet Democrats reject these kinds of measures because they get in the way of their gun-grabbing agenda.

Just look at the statistics. States with the highest gun violence have the harshest gun laws. We know the reason. Law-abiding citizens are defenseless, while criminals run free.

It’s a joke. Despite that, Democrats continue to push policies that do not work.