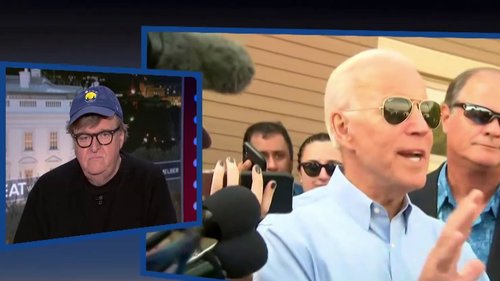 “Should Biden be the nominee, I don’t think it will be the same anti-Hillary sentiment, but there will be an anti-Biden sentiment,” Moore told Katy Tur during an appearance on MSNBC.

“Not so much because of himself personally, but because people don’t see this as real change. And people have been told for way too long, especially people who are struggling to live from paycheck to paycheck, that things are going to get better and the Democrats are going to come in and save us.”

Moore is still pushing for a Sanders nomination and says the democratic socialist will fight for the American working class.

Sanders trails Biden, 670-574, in U.S. delegates, though that number could change in Tuesday’s Democratic primaries as six states hold nominating contests where more than 350 delegates are at stake. Polling shows Biden with big leads over Sanders in Missouri, Michigan and Mississippi, although the former vice president holds only a slim lead over Sanders in Washington.