Life After COVID: A Look at the New Economy 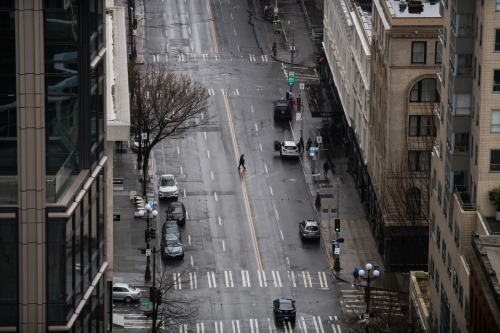 Many Americans have been locked down in their homes for more than a month now, and they’re anxiously awaiting the day when things “get back to normal.” I regret to inform you, as I wrote previously, that we’re never going “back to normal.” The world After COVID will not be like the world Before COVID.

It’s very important to understand what lies ahead so we can prepare for it.

Two reasons that the world After COVID will be so different are problems with the economy and the supply chain. Let’s take a look at both and see where we’re headed.

The After-COVID economy for businesses
The government stepped in fairly quickly after lockdowns began to approve a massive number of small business loans. These loans were to be distributed by the institution with which the small business does their banking.

Unfortunately, the outcome would be laughable if it wasn’t so tragic.

Here’s an example: Chase Bank gaveRuth’s Chris Steak House a $20 million forgivable loan meant for small businesses by dividing it up by locations instead of treating the company like the large corporation that it is. Incidentally, Chase “earned” $100K for processing the loan. After everyone rightly lost their marbles over this, Ruth’s Chris is returning the 20 mill. Chase and Ruth’s Chris aren’t the only culprits. There were all sorts of shenanigans that meant the fund ran out of money before the legitimate small businesses could even complete their applications. For example, big banks earned ten billion dollars in fees for processing the loans and here’s a list of big companies that played around with this system and drained it of millions.

Another round of small business loans has been approved by Congress but I’m not really holding my breath that any of this will happen in the way we’ve been told it will.

So to summarize, a lot of the small businesses who need the money to survive haven’t gotten it yet and may never get it, but big banks and big businesses are sitting pretty with the help of their cronies in Congress. It isn’t a stretch of the imagination to say that the longer a small business stays closed, paying their expenses and holding inventory while not being able to earn income, the less likely they are to reopen successfully (or at all) once the all-clear is given.

And if they can’t reopen? All those folks they used to employ will be out of a job.

The After-COVID economy for individuals

Despite seemingly generous government offerings of stimulus payments and higher-than-normal unemployment payments, getting by is about to get a whole lot harder. First of all, many people haven’t yet received their stimulus payments. Some states still haven’t rolled out their COVID unemployment registration websites, so we have unemployed folks who still haven’t gotten one thin dime.

It isn’t going to be long before that stimulus money is gone and if unemployment hasn’t yet kicked in, the first week of May is not looking pretty. A lot of folks were unable to make rent or mortgage payments in April, and of the ones who managed to hack together last month’s payments won’t be able to pay rent and mortgages.

It isn’t just a roof over their heads that people are worried about. The use of food banks has soared over the past month. People who were barely making ends meet before are in a hole from which they may never dig out. And this isn’t out of laziness or any other lack of “virtue” – people can’t go to work because their workplace is closed.

And it’s a perfect storm. If people are not allowed to work and the government is not following through with its promises of aid, there will be a response – most likely in the form of civil unrest and crime waves.