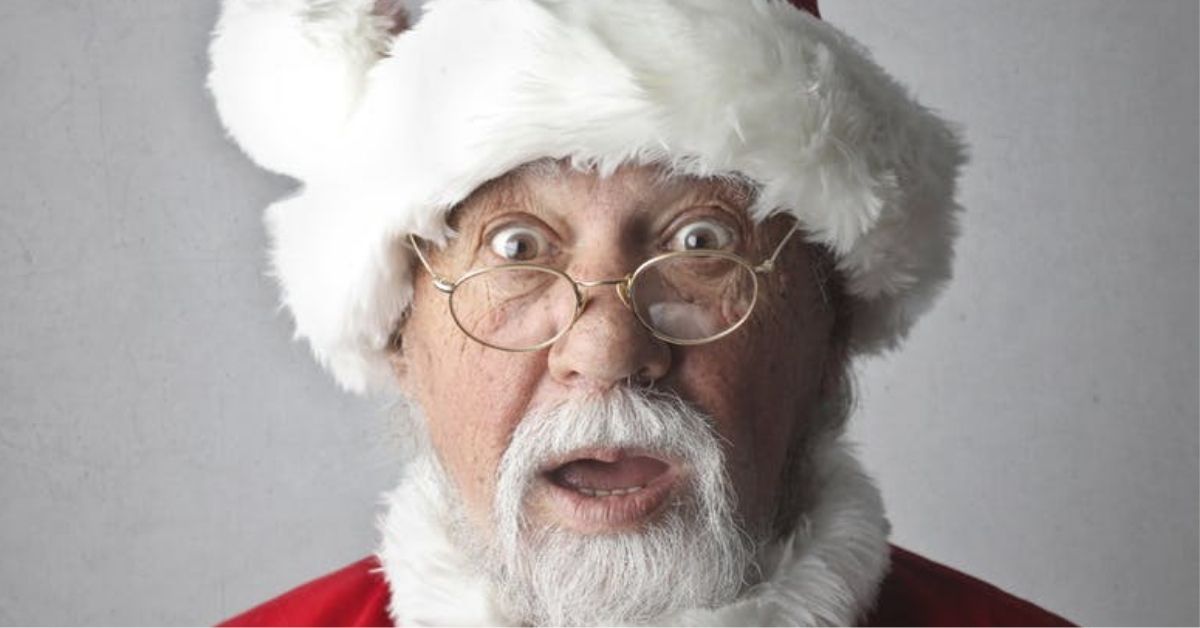 While most of us tend to think of Santa Claus as being a male figure with a big beard, there are some who have decided that this is not good. They want to fundamentally alter the Christmas season and they do not care who they hurt (or annoy) in the process. No one was really trying to update the Kris Kringle persona for modern times, until recently.

Now, it seems that the good old fashioned Santa Claus that we know and love is going to be changed forever….if the pesky liberals have their way. GraphicSprings decided to take a poll on the matter. The results are definitely going to shock you. 400 respondents from the United Kingdom and the United States have weighed in, offering their musings on the ‘gender neutrality’ that Santa should possess.

We did not know that Santa needed to be changed and this poll is disconcerting. It is easy enough to write off these types of results as the pitiful cry of a vocal minority in most instances. However, it is getting harder and harder to ignore the conversation that is taking place. If you are anything like us, you are getting sick and tired of the liberals always looking to change things that do not need to be changed.

Sometimes, it is best to just leave well enough alone. One-quarter of the poll’s respondents said that they need to see a ‘gender-neutral’ Santa in the future and we do not know what they would possibly gain from such a thing. It must really make these people happy to know that they are driving the rest of us crazy with this constant nonsense.

At least the social media responses have been measured. There are many who simply want things to remain the same, while others are merely baffled by the idea. We are squarely in the latter camp. We do not consider ourselves to be anti-liberal but it is hard to side with them when they start to bring up these sorts of silly ideas.

Who was honestly sitting around thinking about Santa Claus and how he needs to be gender-neutral? We are as thoughtful as the next people but we cannot understand what would bring people to this odd conclusion. Santa Claus has been a male fictional character for hundreds of years but now, it is time to make a change because a few people have a strange idea of what social justice is supposed to mean.

Do children truly care what lies beneath the outfit of the magical man who makes his way down their chimney each year? We submit that they do not. While there is a lot to be said for teaching children about the importance of tolerance, there is nothing to be gained from this conversation. Even politicians have decided to speak out on the issue, which is truly mind-boggling.

Why on Earth would a politician decide that they need to weigh in on this one? With so many other pressing issues to be dealt with, politicians who are willing to pay more attention to this are criminally negligent. Is this what our tax dollars are going to be paying for going forward?

Next thing you know, there will be people who are advocating for a male Tooth Fairy or an Easter bunny that is gender-neutral. We may be speaking somewhat tongue in cheek at the moment but this is something that we have to consider. It’s only a matter of time before this conversation heads in a direction that is even more ridiculous.

There is no shortage of negative opinions on this topic but it has not stopped people from moving forward. We wish that they would take this energy and dedicate it to literally anything else. Let’s be the change that we wish to see in the world and move on from this topic before we get too annoyed.

After all, it will only be a matter of time before the liberals find something else to complain about. It is like they are on a mission to tug at the fabric of society until a thread comes loose that causes everything else to unravel.

If you would like to represent Santa in any way that you like, that is your business. All we ask is that you keep your insane ideas away from the rest of us. We already deal with enough craziness on an everyday basis without having to endure these types of bizarre conversations that have no real basis in reality.