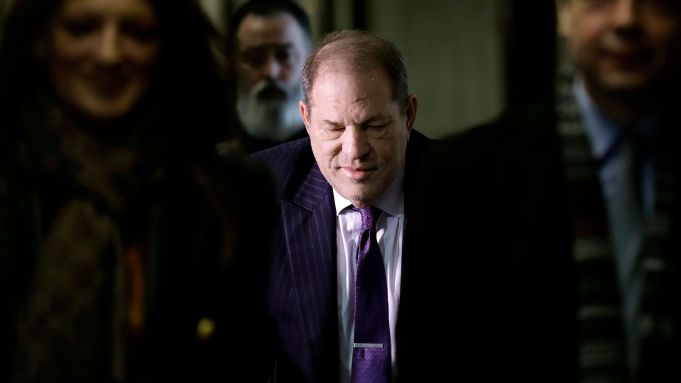 The jury in Harvey Weinstein’s rape trial began deliberations in a New York court on Tuesday, where the disgraced movie mogul faces charges for a first-degree criminal sexual act, two counts of rape, and two counts of predatory sexual assault, according to CNN.

While th 67-year-old has been accused of sex crimes by dozens of women, charges in this case was based on Miriam Haley’s claims that he forced oral sex on her in 2006, as well as Jessica Mann’s testimony that he raped her in 2013 during an abusive relationship.

Because of the way the case was structured, Weinstein can only be convicted on two charges at most – one on Mann’s allegations and one on Haley’s.

Four other women, including actress Annabella Sciorra, also testified that Weinstein sexually attacked them as prosecutors sought to show that he used his power in the movie industry to prey on young, inexperienced women.

However, Weinstein’s defense attorneys argued that the sexual encounters were consensual. As evidence, they pointed out that both Haley and Mann had sex with Weinstein after the alleged attacks, and they continued to have friendly contact with him for years afterward. He has also denied allegations of non-consensual sexual activity related to the other women. –CNN

Around 40 minutes after deliberations began, the jury sent a lengthy note to the judge, asking for legal definitions of several terms contained in the charges, as well as questions over why the statue of limitations has not run out for certain crimes. The questions indicate that the jury has no idea how the verdict was structured.