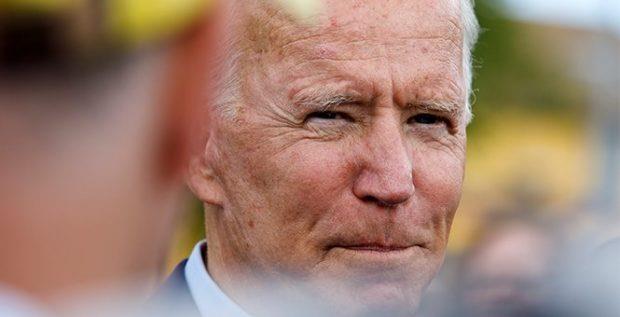 Former Vice President Joe Biden has been telling people recently about the time he got arrested in South Africa while trying to visit Nelson Mandela. An interesting story, but also, as it turns out, a completely made-up one.

Here’s what Biden claimed happened, from the New York Times:

“”This day, 30 years ago, Nelson Mandela walked out of prison and entered into discussions about apartheid,” Mr. Biden said at a campaign event in South Carolina last week. “I had the great honor of meeting him. I had the great honor of being arrested with our U.N. ambassador on the streets of Soweto trying to get to see him on Robbens Island.”

Mr. Biden referred to his own arrest twice more in the next seven days, including at a campaign stop here on Tuesday where he spoke of getting arrested in South Africa between efforts to coax his wife to marry him. That proposal occurred in 1977, both Bidens have said.

Biden even said he later had the opportunity to meet Mandela in Washington, D.C., and that Mandela thanked him for his work on apartheid, partially due to his arrest.

Biden would have been a senator in Delaware at the time of this event, but journalists who researched the claim couldn’t find any information to back it up. Andrew Young, who was the U.N. ambassador at the time of Biden’s alleged arrest, said neither he nor Biden was arrested in South Africa.

“No, I was never arrested and I don’t think he was, either,” Young told the Times, “Now, people were being arrested in Washington. I don’t think there was ever a situation where congressmen were arrested in South Africa.”

Now, the story goes, Biden was with a black delegation in South Africa when he was urged to go through a “whites only” door, and when he refused, he was allegedly held up by authorities.