Jobless claims fall to 963,000, ending 20-week streak of claims above a million 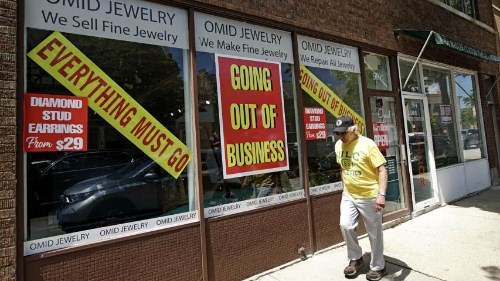 The number of new applications for unemployment benefits last week was 963,000, the Labor Department reported Thursday, as jobless claims for the first time dropped below a million after 20 consecutive weeks of being above that figure

Economist had projected that claims would total 1.1 million.

Still, the persistently high number of claims suggests the jobs recovery is moving at a slow pace.

After jobless claims skyrocketed in March, with 6.9 million filing for benefits for the week ending March 28, the number of workers claiming unemployment benefits dropped precipitously through the end of May, but had yet to fall below a million until this week.

As multitudes of workers file for unemployment each week, Washington has struggled to extend the $600 enhanced weekly employment benefit that expired last month. Lawmakers in both parties, including President Trump, support extending the enhanced benefit, but they can’t agree on a dollar amount for the payment.

Trump signed an executive order on Saturday meant to provide a $400 bonus payment to unemployed workers. However, that would be $200 less than what the previous benefits provided before expiring in July.

House Democrats passed legislation that would extend the $600 payment until Jan. 31, 2021, for most jobless workers.

Democrats and Republicans, including White House officials, last week failed to reach an agreement on a federal relief package that likely would have extended the enhanced unemployment payment at some level. Further negotiations on that relief plan have so far not been announced.