Is It Time to Invest in Bitcoin Again? 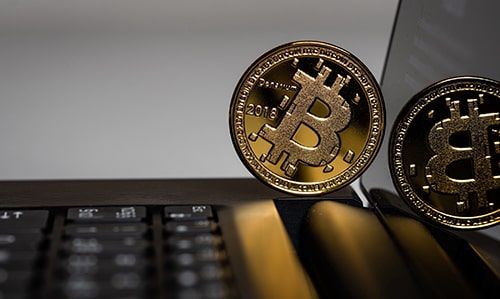 There is little doubt that you have heard about cryptocurrency – the major one being Bitcoin. Predictions are abounding that Bitcoin value may be over $20,000 per coin sometime this year. Of course, that remains to be seen, but it is also an investment opportunity that you may not want to miss. If it holds up, this may be the ideal time to buy Bitcoin (BTC).

One individual that is saying it is Sonny Singh, the man who correctly predicted a value of $15,000 in 2019. Many people listened and gained considerable profit.

Although it was looked at skeptically at first, many major corporations are now accepting Bitcoin as a way to buy their products. Some companies that now accept Bitcoin as a medium of currency include Microsoft, AT&T, Expedia, Overstock, Burger King, KFC, Subway, Virgin Galactic, and many more. More companies are being added each year.

Bitcoin is limited in quantity, but it is being bought and sold on a daily basis. New coins are added through a process called cryptocurrency mining. Every four years Bitcoin goes through a process called halving, which means that the speed at which new Bitcoins are created every ten minutes is cut in half. That will occur in May of this year and it is expected to help produce the high values investors want to see.

Like the stock market, the value of Bitcoin is based on availability and demand. This means that its value changes throughout the day and it partially depends on world and political events. At the time of writing, the current Bitcoin price is more than $8,000 per coin and it is seeing a rise in value now. Recently, the Iranian missile attack drove prices above $8,400.

If you buy Bitcoin at current prices and it rises as predicted in just a couple of months, it means that a considerable profit will be made by those who hold Bitcoin. As you might expect, the demand for it is expected to rise because of these predictions.

Besides halving, two factors that are expected to drive value higher are the limited supply and the fact that an increasing number of large merchants are accepting it as a valid medium of exchange.

Bitcoin offers the advantage of being able to be used to buy other investments. Some trading houses will let you buy stock, Forex, ETFs, and more with it. It is highly liquid and you can trade it for cash at any time if you want. Be sure that you understand all fees involved before buying.

Some Risk Is Involved

Like any other stock, Bitcoin can swiftly gain or drop in value. Since its value is not determined by any government or single entity, when these swings will occur is entirely unpredictable. The result is that there can be large gains or large losses.

Getting your own slice of the pie can be easily done. You can quickly buy Bitcoin through Coinbase (the best and most secure) and other sources such as Robinhood, Square Cash, Binance, Coinbase Pro, and more. It only takes a few dollars to get started. It also has the advantage of low transaction fees, which enables you to keep more of the profit.

Before buying, you should take some time to understand how Bitcoin works and how to store and use it. As a buyer, you can keep it in a Bitcoin wallet and make purchases or sales from it as desired.