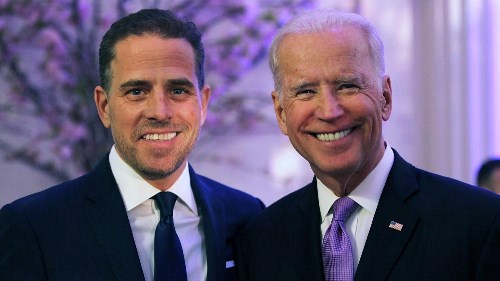 The Hunter Biden scandal is just getting started. Newly obtained emails from a business partner of Hunter Biden has some startling revelations. It outlines how the then vice president’s son, together with his business associates, have used their connection to the administration to arrange for off-the-record meetings with high-level officials. There was one particular incident outlined in the emails which show how a delegation of Chinese businessmen and Chinese Communist Party officials were able to secure a private meeting with Joe Biden, who was then the vice president.

Amazingly, these new emails are not connected to the ones that are being released by the New York Post, which only adds to the credibility of the initial story. It seems that Hunter really used his connection to the administration and that Joe Biden was aware of it.

The emails come from Bevan Cooney, a former business associate of Hunter Biden. Cooney claims that he became a fall guy for a fraudulent scheme that Hunter and another business associate hatched. Cooney is now serving time for the fraud and has reached out to an investigative journalist Peter Schweizer. Cooney gave written authorization to Schweizer and access to his Gmail account.

The offers provide a clear view as to how Hunter Biden conducted business dealings during the years that his father was the vice president. He did not hesitate to take advantage of his name and his connection to the administration. There was one particularly alarming incident during which the business associates discussed the possibility of gaining “potentially outstanding new clients.” All they had to do was to arrange meetings at the White House for a group of Chinese executives and government officials.

It turns out that the group was the China Entrepreneur Club (CEC) with the delegation including Chinese businessmen, Chinese Communist Party officials, and at least one “respected diplomat” from Beijing. THE CEC functions as a parallel foreign ministry for China. It is used by the Chinese Communist Party to promote Chinese business all over the world. There are a lot more details set to come out from the emails which would offer damning evidence on just how corrupt the Biden family might be.