Hosts Of ‘The View’ Sellout #MeToo 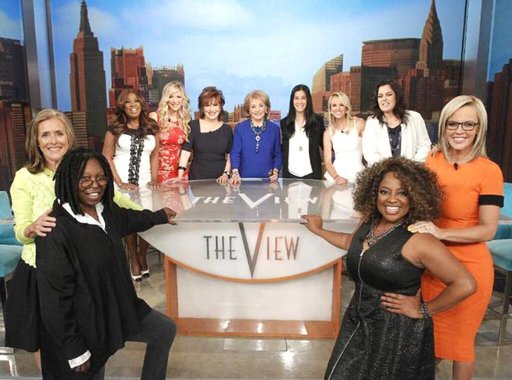 The #MeToo movement is supposed to unite opponents of sexual harassment and assault. It supposedly decries all forms of sexual misconduct, at least unless you think the perpetrator is an alright guy apparently.

The hosts of “The View” appear to have thrown all that out of the window in favor of supporting their favorite creepy politician, former Vice President Joe Biden.

Biden has been accused of being uncomfortably close to women and children, being hands on, smelling hair and dolling out unwanted kisses. However members of “The View” defend this behavior since it’s from one of their favorite Democrats and not Harvey Weinstein.

Whoopi Goldberg questioned why the accuser couldn’t have just asked him to keep his distance. “Joe is a hands on kind of guy!” she said.

Abby Huntsman flat out called the movement into question, “I’ve had concerns about the ‘Me Too’ movement from the beginning,” she said. She also claimed it was, “getting to this place where you can’t have normal interactions with each other,” before suggesting that the accusations may be a ploy to derail Biden from running in the 2020 presidential election.

Joy Behar tried to make light of Biden’s actions by insisting it was far less disturbing than something that President Trump merely said.

“It’s a long way from smelling your hair to grabbing your hoo-ha!” said Behar. “I mean let’s tell the truth.”

She further defended that Biden is a “close talker,” while sharing that, “I think it would be really unfortunate if we got rid of everyone who’s just an affection person, you know?”

The ladies even said that they would be upset when Sunny Hostin noted that Biden might be forced to stop smelling peoples hair or molesting them with unwanted kisses.

“That pisses me off,” Whoopi Goldberg said. “Well I don’t want Joe to stop doing that!”

It looks like the movement has served its purpose and can be discarded if the opinions of “The View” are to be believed.