Hollywood Star Spits On The West 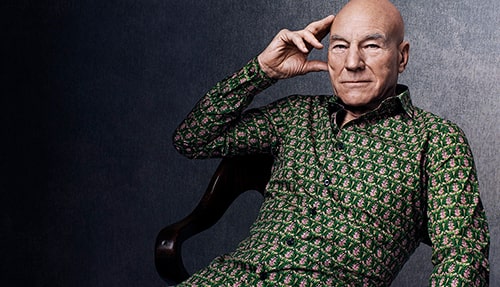 Actor Patrick Stewart, who has said he’s “embarrassed” to be British because of Brexit, believes that the United States under President Donald Trump is “f**ked” and the United Kingdom under pro-Brexit British Prime Minister Boris Johnson is “completely F**ked.”

“I’m not sure which one of us is in the most trouble,” Patrick Stewart says in a Variety interview, speaking of Britain and the United States. “I think it’s actually the U.K. I think we’re f**ked, completely f**ked.”

“There is a time limit to your f**ked state, which is four years away,” Stewart says about the United States and the looming presidential election, before saying hopefully that “the United States that has given us the Trump administration” can change. “He will likely get reelected,” the actor later added of Trump.

Stewart’s comments indicate that the X-Men star has fully bought into the scare tactics propagated by pro-European Union media members, economists, and organizations who warned of economic armageddon should Britain leave the international block.

Although there are varying predictions as to how its economy will fare over the next decade following its permanent departure, the UK economy has already defied the sky-is-falling predictions made in the run up to the 2016 referendum about an immediate recession.

For example, one-time UK Chancellor and Member of Parliament turned newspaper editor George Osborne predicted that just voting for Brexit, even if it didn’t actually happen and the vote was ignored, would cause a massive recession for the United Kingdom because the world would lose faith in the UK and stop investing. Of course, the exact opposite happened, the UK economy surged after the vote and continues to outpace Germany’s and the EU’s economies.

Still, Stewart is no stranger to hyperbolic political comments. The U.K.-born actor told the co-hosts of The View in March 2017 that he’s applying for U.S. citizenship so he can mount opposition to President Trump from inside the country.

Good luck trying to get a US citizenship after saying all this Patrick Stewart. Your chances don’t look great. Read the rest of what he said here.