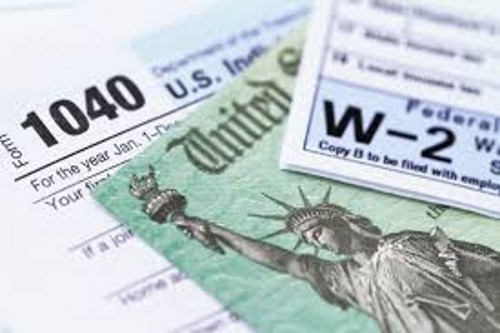 Although economic recovery from the pandemic means more Americans are going to work, “the hot economy is heating prices more than it is heating wages,” said Jason Furman, an economics professor at Harvard University, according to CNN.

Furman has argued that the current economic trends are reminiscent of the economy of the 1960s.

“One of the troubling things in the 1960s was that wages didn’t keep up with prices, and so people saw their purchasing power, their real wages fall. I’m not saying that’s what’s going to happen now, but that is the scenario to be worried about,” he told The Associated Press.

Ultimately workers care about the difference between wages and prices. And right now prices are going up faster than wages.

People on the progressive side worry about the prices of college, childcare, etc. The CPI has all of those plus everything else you need like food & rent.

The Employment Cost Index, a measure of wages and benefits, is now 2 percent below its pre-pandemic trend, when taking inflation into account, CNN reported.

How did that happen? The good news is that compensation went up 2.8 percent between March and June. But the good news ends there.

Producer price inflation, which tracks how much producers receive for goods and services, rose 7.8 percent over the last 12 months ending in July, according to CNN. This is the highest measure ever recorded since it first began being calculated in 2010.

The better-known Consumer Price Index rose 5.4 percent over the last year, seeing a June increase of 0.9 percent, which was a 13-year high.

For homeowners buying appliances, the price increases are even worse.

Overall, prices for major appliances rose 12.3 percent in July, with prices for laundry equipment skyrocketing by 17.9 percent according to Fox Business.

Gasoline prices increased 41.8 percent over the past year, the Bureau of Labor Statistics reported.

All of this is making Americans restive.

“Everything just costs more, and no one’s really making more other than if you get government money, which I did get some, but I’d rather have prices lower,” said John Novak, 52, a maintenance worker from Hudson, Wisconsin, according to the AP.

“It’s a tough spot. We’re kind of coming out of this pandemic and then when you pour too much money in you just can’t get enough of what you want,” he said.

#Bidenflation leads to prices jumping 5.4% in July for Americans – the worst it’s been in 13 years. pic.twitter.com/39Z9zaX6mL

Republican Sen. Rick Scott of Florida said what some Republicans have dubbed “Bidenflation” is hurting the nation.

A recent Fox News poll found more than 70 percent of families with incomes under $50,000 are feeling the impact of prices that are rising faster than wages, while 86 percent of those polled overall were worried about inflation.

“The degree to which lower-income households are feeling the squeeze on food and fuel is striking, if not surprising, and highlights the risk that inflation could push families on the brink over the financial edge,” Democratic pollster Chris Anderson said.