Hannity to Biden: He Has to End His Beach Vacation and Get to Work 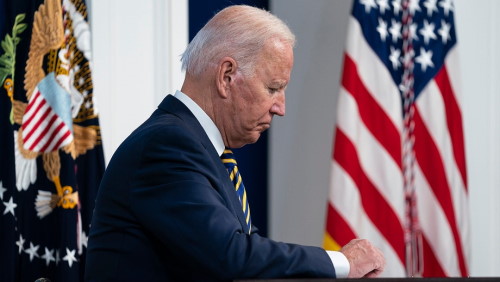 There are hundreds of Americans still trapped in Afghanistan. Over 10,000 illegal immigrants are swarming the border and record-high inflation exists in the country.

Yet, in spite of all this, President Biden decided to have a vacation in Rehoboth Beach on Friday.

Biden selfishly decided to take a vacation, amidst the multiplying crises

Sean Hannity of Fox News slammed Biden for selfishly deciding to take a vacation at the beach, amidst all the crises going on in the country.

Hannity emphasized how Biden is continuously ignoring the multiplying disasters and acting one-sided. This week, Biden decided to head to the beach to enjoy the warm weekend during the last few days of summer.

and Joe Biden is on a beach vacation https://t.co/oqK1MVO4PK

The Fox News host noted that it is now the 34th day for Americans held hostage in Afghanistan, behind the enemy lines.

Hannity also highlighted these Americans (whom Biden took a promise to protect) are now in danger and hiding while he’s flying to Delaware to enjoy the summer.

Hannity then noted that, at this point, the president is not working around the clock in order to make sure Americans stuck in the war-torn country will be rescued.

Biden is not in a command center looking for a solution to this problem. Instead, the president is enjoying yet another weekend in Delaware, the news anchor said.

The news anchor added Biden should be reminded by someone in the administration that he is the United States’ president and he has to get to work.

Hannity to Biden: if he is too weak and too slow to be the president of the United States, he should step down

Hannity then suggested that if Biden is too frail, too weak, and too slow to handle the job of being the president of the United States seven days a week, then maybe it is time for Biden to retire and step down.

Hannity later highlighted how the White House made an embarrassing “news dump” when Kenneth McKenzi Jr. (the Commander of CENTCOM) shared an update on the drone strike made by the U.S. in Kabul.

This is a strike which the Biden administration claimed killed a member of ISIS-K. Instead, the attack killed several children and an aid worker who was transporting water.

Biden White House tried to covered up this horrific killing of innocents for almost three weeks: Pentagon Admits Killing as Many as 10 Civilians, Including Up to Seven Children in Kabul Drone Strike https://t.co/ekIkdbNRqn

However, even after reports were released about civilians and children casualties, the top general described the attack as “successful” and “righteous.”

At the time of the drone strike, General McKenzie, head of the Central Command, noted that he was confident the strike prevented an “imminent threat” to the U.S. airport.

The news host then posed a question, asking whether Biden heard the news that his drone strike killed seven children. Hannity added that the president has blood on his hands.