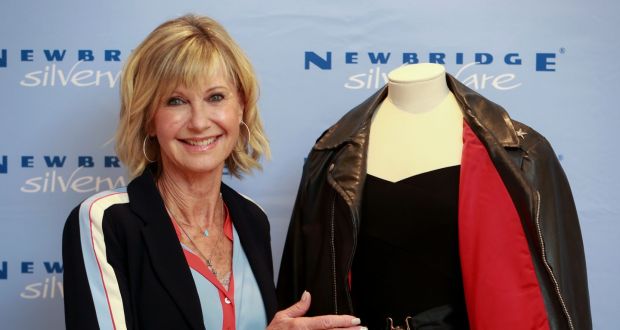 Olivia Newton-John’s iconic ‘Grease’ jacket is the one that she wants but she didn’t expect to get back after it sold for more than $200,000 at auction this fall.

The anonymous buyer of the star’s leather jacket, worn by Newton-John’s character, Sandy, in the 1978 film gave the $243,200 item back to her.

In October, two separate collectors became the fortunate owners of the jacket and the pants, which the actress famously had to be sewn into, at an auction benefitting the Olivia Newton-John Cancer Wellness & Research Centre in Australia. The skintight satin pants, now owned by the founder of Spanx, went for $162,500, bringing the dollar amount of the combined ensemble, which debuted in the film's final scene, to $405,700, Julien’s Auctions, which brokered the sale, said.

“The odds of beating recurrent cancer using the newest emergent therapies is 1,000-fold greater than someone appearing out of the blue, buying your most famous and cherished icon, and returning it to you, which is what I am going to do right now,” the unidentified buyer told Newton-John as he handed her a big pink box.

“Are you serious?” Newton-John said as she hugged the buyer.

Applause and cheers quickly erupted in the background of the video as the Hollywood legend and four-time Grammy Award-winning singers wiped tears from her eyes.

“This is the most incredibly generous thing to do for me. I am so grateful and I am just blown away,” Newton-John said. “It’s such a huge donation to my center.”

More than 500 of the most recognizable film and television costumes, gowns, personal items and accessories owned and used by Newtown-John were up for bid during the benefit auction.

The focus of Newton-John's institute is to provide "a comprehensive range of services for cancer treatment, education, training and research."

Since being diagnosed with breast cancer in 1992, Newton-John has become an advocate for health and wellness.