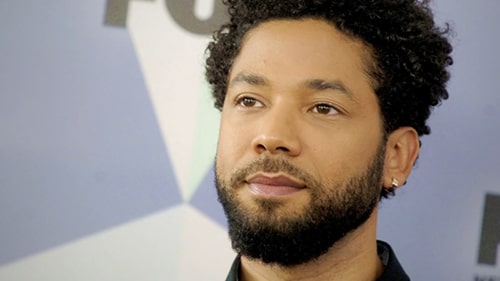 Illinois Judge Michael Toomin issued two separate warrants ordering Google to turn over Jussie Smollet’s files associated his Gmail address including “any and all location data and information from the use of Google Maps Timeline.” This includes all of Smollett’s records and web-browsing history, all-geo location, geo-tagging data, texts, private messages, emails, deleted and draft messages, photos, calls, and contacts. Smollett’s manager’s data was also ordered in the search warrant to Google.

The gay black actor made headlines in late January 2019 when he reported receiving a threatening letter, and then a week later, he was the victim of a hate crime.

Smollett reported two men attacked him, poured a chemical on him, and put a noose around his neck as they yelled racial and homophobic slurs at him.

Chicago police investigated the incident and revealed that the actor had allegedly paid the two men, Abel and Ola Osundairo, $3,500 for their part in the attacks.

Smollett was indicted with 16 felony counts by a Cook County grand jury. But a month later, State Attorney for Cook County Kim Foxx angered Police Superintendent Eddie Johnson and then-Chicago Mayor Rahm Emanuel after she dismissed the charges without any explanation. Smollett agreed to perform 16 hours of community service and surrender his $10.000 bail. 36-year-old Smollett announced the dismissal cleared him of any wrongdoing.

Special prosecutor Dan Webb, appointed by Judge Toomin, is investigating why the former “Empire” actor’s charges were filed and then mysteriously dropped against him. Webb was also given the authority to decide whether criminal charges be brought against Smollett again.