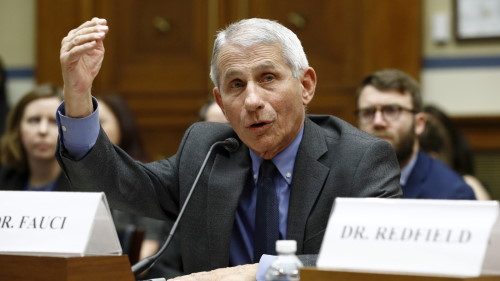 Kristian Andersen, a virologist at California’s Scripps Research Institute who emailed Dr. Anthony Fauci in January 2020 to raise the possibility that the coronavirus may have been engineered, has deactivated his Twitter account.

Andersen’s email to Fauci appeared in a trove of documents obtained last week following a Freedom of Information Act request. The email in question, sent on Jan. 31, 2020, pointed to a report in Science magazine about the global race to share “full sequences of the virus from patients” in order to understand the origins of the virus and learn how it “fits on the family tree of related viruses found in bats and other species.”

Andersen was quoted in the article, in which he talked about the difficulties scientists face in trying to determine natural hosts. . .

“The unusual features of the virus make up a really small part of the genome (<0.1%) so one has to look really closely at all the sequences to see that some of the features (potentially) look engineered,” he wrote. He wrote that his team was in the early stages of looking critically at the data but found “the genome inconsistent with expectations from evolutionary theory. But we have to look at this much more closely and there are still further analyses to be done, so those options could still change.”