Democrats are About to DESTROY the US Oil Sector 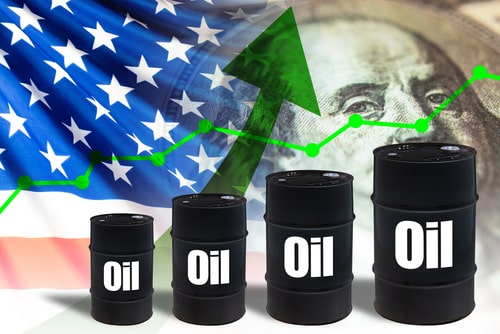 Likewise, the letter urged the administration to “ban crude oil exports” in order to control inflation. However, energy experts are against Democrats’ radical ideas.

Karr Ingham, a petroleum economist, told Fox News it is a foolish approach to believe banning oil exports would lower the prices of oil in the United States. He continued and highlighted that banning exports makes prices higher, instead of lowering them.

Karr further noted the only way to control oil inflation is to allow free oil production so companies can meet the supply and demand. Although oil production was halted with the declining usage, amid the pandemic, it has yet to come to normal, despite a significant decline in COVID cases.

The economist also advised the Biden administration not to put any roadblocks in the regulatory and economic activity of the oil sector; this way, they can work in a free market.

While Democrat senators asked Biden to urge OPEC to produce more oil to compensate for the declining production, the economist advised the president not to go that route.

He said the very idea of encouraging OPEC to raise production is faulty and driven by the hypocritical behavior of lawmakers.

America will help Russia and Saudi Arabia if we ban oil exports
Ryan Sitton, a former energy regulator based in Texas, agreed with Karr’s comments and added the demand of Democrats is based on partisan politics. He further chastised Democrats, saying they campaigned too much on the clean energy rhetoric.

Now, they just need to save face through these types of letters.

While criticizing the Democrat senators, Sitton added if the US manages to bring the oil prices artificially lower, for the time being, it will increase the oil prices overseas.

This will ultimately help Russia and Saudi Arabia make easy money by selling the oil. Not only this, the US will still need to pay higher prices for imported crude oil to meet domestic consumption in the long run.

Currently, gasoline prices (which rose to a 31-year high in 2021) are the primary driver of the rising inflation in the United States.

The average gasoline price in the US is $3.41 per gallon, according to GasBuddy. This is almost 15 cents higher than last month’s average and $1.31 per gallon higher, compared to last year.

However, the Biden administration has repeatedly failed to rationally tackle the crisis.