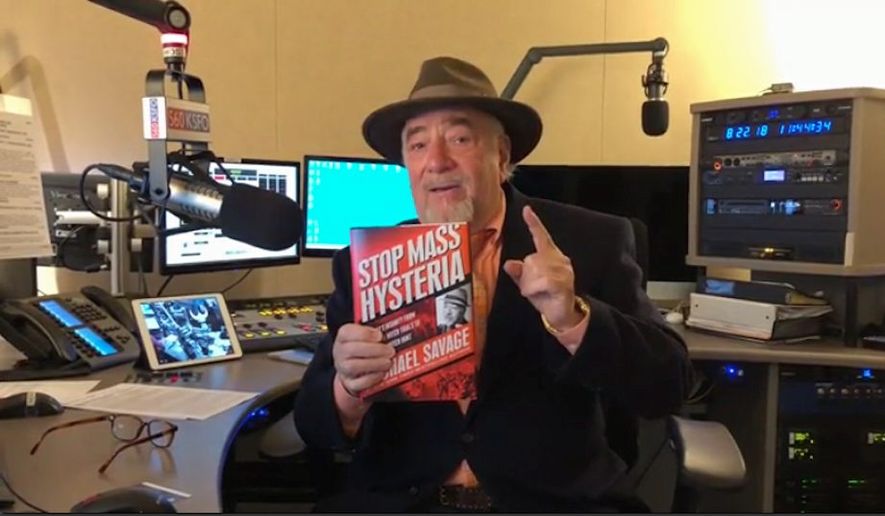 Conservative radio host and best-selling author Michael Savage has been forced into hiding after being the target of disturbingly specific death threats.

Savage admitted that threats sent to a restaurant he regularly visited encouraged him to relocate.

The Washington Times was able to obtain the threatening email and shared its contents which read in all caps:

“I DEMAND THAT YOU REFUSE TO ALLOW MICHAEL … IN YOUR F***ING RESTAURANT AGAIN.”

“HE IS A RACIST WHITE SUPREMACIST PIECE OF S***,” the threat claimed.

DON’T WANT TO LISTEN TO ME?” the message continued. “WELL I GUESS YOU’RE ALL GONNA F***ING DIE THEN CUZ I AM WAITING FOR THE MOTHAF***ER AND I WILL WAIT AND WATCH YOUR F***ING BUSINESS AND WHEN I SEE HIM GO IN THERE I’M GOING TO START SHOOTING EVERY BODY I CAN FIND.”

As if that weren’t threat enough, “I OWN 3 GUNS AND I CAN DO SOME SERIOUS F***ING DAMAGE,” the message added before closing with, “I WILL KILL AS MANY OF YOU RACIST-SUPPORTING/ENABLING WHITE SUPREMACISTS AS I F***ING CAN.”

After sharing information with local, state and federal law enforcement, Savage released a statement. In it he reveals that while he is no stranger to threats, this instance in particular warranted further investigation.

“Over the years, I have received many threats and have chosen to ignore them,” Savage said Wednesday. “However, given the violent, vile times we are living in and the specific nature of this threat, both I and some serious agencies are taking this threat very seriously.”

At the time of this writing Savage has shared that authorities have found a suspected author of the email, but have yet to make a formal announcement.