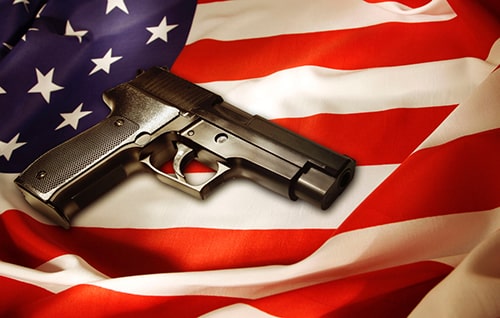 After a Texas gunman killed two people at a church Sunday, the Chinese state-run Global Times published an article Wednesday that called the Second Amendment in the U.S. is a "severe human rights flaw."

"The U.S. acts as the world's guard, but turns a blind eye to its own human rights defects," the article stated, adding, "Massacres and shootings should be deemed a serious violation of human rights. In the world's most modern society, people's lives are threatened by unregulated guns. Isn't this the most severe human rights flaw?"

Citing private gun ownership as a tradition from the early days of the U.S., the paper wrote, "In a modern society, the problems created by this tradition have already exceeded the benefits. Crime is one of the increasingly prominent modern diseases in several societies in the 21st century, and the spread of guns enables crime to unleash greater killing energy."

The article stated, "American society has already seen serious problems caused by the private ownership of guns, but their massive number has contributed to an enormous inertia. Many interest groups have benefited from it and some ordinary people have truly gained a sense of safety."

Such a situation has created a climate in which "the US system is unable to handle the intricacies of countless issues around guns," according to the paper.

Stating that Americans do not even have a clear-cut opinion regarding the issue, "The country can neither manage the safe storage and use of so many guns owned by ordinary people, nor can it establish a new national system that bans or strictly restricts guns."