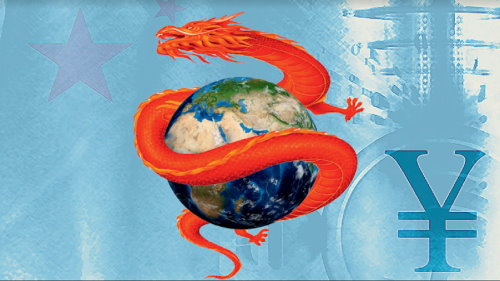 China’s Communist Party thrives on propaganda. They paint exquisite masterpieces depicting a Utopian land of milk and honey that has never existed and never will. In days past they had little way of broadcasting their false message to the masses of the world, but thanks to Westernized social media platforms, all this has changed.

The most prominent Chinese diplomat to create a user name on both Twitter and Facebook is their former ambassador to the U.K., Liu Xiaoming. He doesn’t use either platform to catch up with old friends. Liu is a frontline soldier in a rapidly evolving war being fought on the battlefields of the www.

Both social media platforms are banned from ordinary Chinese commoners who are only offered third-rate internet services they can’t afford to begin with. But the ban has in no way stopped Commie officials from using platforms to their advantage. Liu signed up on Twitter in October 2019 and because of the wild success he accomplished, other officials began hopping on both Twitter and Facebook to bulk up their troop strength.

Liu has over 119,000 Twitter followers worldwide. He presents himself as a type of “wolf warrior” who exemplifies a new modern China that’s on the cutting edge of a new era. A China that’s blazing down a trail of advanced technology, educational opportunities, and an economy second to none. As a bit of humor, the term “wolf warrior” was snagged from a popular Chinese film.

Liu, who now serves as China’s Special Representative on Korean Peninsula Affairs, attempted to explain his chosen title in a tweet. “As I see it, there are so-called ‘wolf warriors’ because there are ‘wolfs’ in the world and you need warriors to fight them.” Whatever…

Just between June and February Lius’ posts were retweeted over 43,000 times by separate users. They generally focus on the world’s unjustified bias of China and they often speak harshly of the red-nations critics. His version of the cold hard truth is bold and gutsy and his followers eat it up with chopsticks.

Here’s the “but” you knew was coming. The biggest bulk of Liu’s followers who avidly respond in a positive fashion to his outrageously false tweets, well…they’re fake. The same thing applies to the followers of his colleague’s social media accounts. Many of their fan club members are no more alive than a porcelain China doll. Not all of them of course. But enough to boost their ratings, and thereby, attract real users.

The Associated Press, working in collaboration with Oxford University’s Oxford Internet Institute, observed and investigated the Chinese accounts over a seven-month period and were shocked by their findings.

Government-sponsored Chinese diplomats spend an ample amount of time retweeted each other’s tweets for maximum exposure. By doing so, their ever-rolling propaganda machine gathers lots of moss in the form of new followers.

As Chinese dominance on social media continues to escalate, they can potentially reach hundreds of millions of people who have no idea who they are in reality following. On top of this, they have no knowledge of how many responses to an individual post are manufactured by other officials posing as whoever they claim to be. It’s the snowball effect and it always works.

Suspending the bogus accounts doesn’t deter the Communists one bit. It’s a mere hiccup. But Twitter’s suspensions did not stop the pro-China amplification machine. Over 16,000 retweets, complete with fake pro-China replies, came from Chinese officials posing as U.K. citizens. Twitter has suspended the ones they’ve discovered but it’s an endless battle as new ones keep popping up.

As much as social media platforms attempt to keep up with these fake propaganda spreading profiles, it’s becoming a 24/7 task. All we can advise is to be careful out there by making darn sure you know who you’re dealing with.

One thing we can tell you for certain is that the sexy young Yugolsolvian chick and/or that muscular powerhouse of a Romanian Romeo who is in love with your profile pic, probably, just probably mind you, are not who you think they are. The Chinese are a bit craftier than them so watch your back.