Bringing America to its Knees Courtesy of the Biden Administration 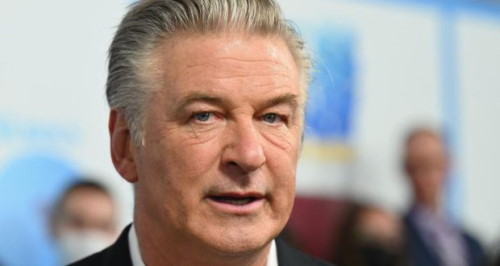 President Biden’s Secretary of State Antony Blinken has extended an invitation to two different United Nations Special Rapporteurs. One deals with contemporary forms of racism while the other is concerned with minority issues. Binken also welcomed “the UN Human Rights Council’s adoption of a resolution that calls for action to combat systemic racism against Africans and people of African descent in the context of law enforcement.”

Last year both Rapporteurs “signed a UN Human Rights Council statement that called for ‘reparative intervention for historical and contemporary racial justice around the world” because “[t]he protests [in the U.S. that] . . . , are a rejection of the fundamental racial inequality and discrimination that characterize life in the United States for black people, and other people of color.”

Translation: The United States will be coughing up millions of dollars while begging for forgiveness from some of the most evil countries and organizations in the world. And it will be with the blessing of Biden and the axis of evil within our own government.

The Biden administration has embraced the most radical leftwing approach that America has ever seen. Communists are now at the helm of government, education, media, entertainment, and the military and their aim have always been to destroy liberty. In order to be in charge, they must plant doubt about the greatness of America to an already historically ignorant generation of young Americans. In fact,

More Americans could identify Michael Jackson as the composer of ‘Beat It’ and ‘Billie Jean’ than could identify the Bill of Rights as a body of amendments to the U.S. Constitution.

More than half misidentify the system of government established in the Constitution as a direct democracy, rather than a republic.

Repeatedly, the Left works to erode Americans’ support for the values enumerated in the Constitution. The aim of communists, Marxists, Leftists, and progressives is to eviscerate the Constitution altogether.

Hence, “Adam Kotsko, a history professor at North Central College tweeted that ‘the design and effect of the Constitution, in all its iterations, has been racist.'”

The first battleground was the schools. In July of 2021, “a group of students from Washington, D.C. struggled to say whether they were ‘proud’ of the United States, with the majority of those questioned by a reporter seemingly embarrassed by their country and when asked to name a better country, none could.”

To the Left, America is not legitimate — their claim is that this country was founded on racism and her documents are racist to the core. Historical truths about the Civil War that ended slavery and the enormous changes during the civil rights movement are simply ignored. Instead, biased terminology, imbalanced reporting, opinions disguised as facts, and trivializing important aspects of history are endlessly repeated.

In truth, the underlying implication of Blinken is that we are no longer a sovereign nation whose laws are determined by the Constitution. It is an outright attack on the Constitution. America is one of the most welcoming nations in the world for any race, religion, or sexual orientation whereas “Marxist countries are built on the enslavement of their people.” Yet, America is slandered and defamed despite the fact that “China has one million Uyghurs in concentration camps, Cuba is beating protesters, and Venezuela is torturing political prisoners.” Where is the United Nations aiding the thousands of Nigerian Christians being slaughtered by Muslims? And what about the apartheid of the Muslim world against Palestinians?

Instead, E. Tendayi Achiume, Special Rapporteur on contemporary forms of racism explains that she “issued a statement joined by over 40 United Nations Independent Human Rights Expert mechanisms, on the national uprising in the United States against police brutality and systemic racial injustice.” Achiume published this at Just Security which is “grateful for support from the Open Society Foundations.” Open Society Foundations is a group supported by George Soros.

As of April 2020, the Open Society Foundations’ total assets amounted to $15.2 billion. Each year, OSF awards scores of millions of dollars in grants to organizations that work to dismantle capitalism, and “organizations that depict America as a nation whose enduring racism must be counterbalanced by racial and ethnic preferences in favor of nonwhites.”

Thus, it is not surprising that Achiume asserts, “it is important to look beyond the borders of the United States in the face of demands for seismic change on the racial justice front [because it] is that international human rights norms . . . offer the foundation for a better system than the one currently in place in [America].”

In fact, Achiume believes that the United States “should treat international human rights law as a resource, as well as a source of binding legal obligations” [emphasis mine] because “recent events in the United States’ engagement with global anti-racism norms and institutions do not bode well.” America should not “treat existing domestic law as a high watermark for achieving justice and equality when this law falls short even of global human rights anti-racism standards that U.S. civil rights leaders helped establish.” In short, gut the Constitution and rally around the leftist anti-racists.

Achiume “is a core faculty member of the UCLA Law School Promise Institute for Human Rights, [and] the Critical Race Studies Program” [.] [emphasis mine]”
In 2019, she published a report titled “Reparation, racial justice, and equality.” In essence, the report asserts that “on contemporary forms of racism, racial discrimination, xenophobia and racial intolerance [the report] addresses the human rights obligations of Member States in relation to reparations for racial discrimination rooted in slavery and colonialism.”
In perfect leftwing solidarity, Achiume writes

Examples from the United States illustrate the long legacy of chattel slavery, notwithstanding its abolition. After emancipation, southern states implemented segregationist laws and practices, and whites were effectively granted a license [sic] to terrorize black communities. Approximately 5,000 black people were lynched by white mobs and many others were beaten or sexually assaulted. The judicial system did not protect black people from violence; instead, white people found refuge in the complicity of the legal system. Even today, black people are killed and brutalized at alarming rates by law enforcement authorities and vigilantes, who have little to no accountability.
Such racial disparities do not occur by accident: mass incarceration is a vestige of slavery and the ‘Jim Crow’ era of racial segregation that followed [.]

While replete with footnotes, her report reflects distorted context, selective omissions, and a decided leftist bias. She is a proponent of the Critical Race Theory, an ideology where whites are to be suppressed, broken, and punished. That it is now emanating from the Biden administration should terrify and concern all Americans no matter one’s political stance.

In fact, the only reason the Biden regime is inviting in the UN “human rights officials” is to undermine and condemn America. Thus, “[t]he HRC resolution specifically singles out the United States over the drug overdose death of a career criminal.” The Resolution emphasizes “‘the tragic murder of George Floyd in Minnesota, United States of America, on 25 May 2020, which drew attention to the scourge of systemic and structural racism and galvanized efforts to address this global problem in the United States and around the world [.]”

One should recall that the “current Human Rights Council members include China, Cuba, Russia, Somalia, Sudan, Pakistan, and Venezuela.” In reality, “[t]he only people who hate America more than they do are in the Biden administration.”

Thus, the Biden administration via Blinken will usher in a plethora of calumny against America.