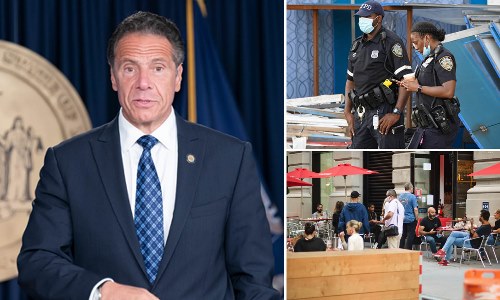 According to Fox News, the NYPD and the New York City Sheriff’s Office do not expect to enforce Gov. Andrew Cuomo’s dictatorial executive orders which would limit the number of Thanksgiving Day guests at private celebrations.

Earlier this month, Cuomo announced that he would limit indoor and outdoor gatherings at private residences to up to 10 people and impose a 10 p.m. ET curfew on bars, restaurants and gyms or fitness centers.

In response, the NYPD said they have better things to be doing.

Nevertheless, just hours before the order took effect, authorities decided the holiday is a family affair and that they would be better served turning their attention elsewhere – even if they receive complaints.

Many sheriffs in upstate New York argue that they lack the resources to do as they’re told, promising not to interfere with the “great tradition.”

Some went even as far as to call it “unconstitutional,” and Saratoga County Sheriff Michael Zurlo wrote in a press release that he couldn’t see how devoting “resources to counting cars in citizens’ driveways or investigating how much turkey and dressing they’ve purchased is for the public good.”

Cuomo will likely be incredibly upset to hear this news, especially since he had just called law enforcement officers “dictators” if they chose to oppose his orders: