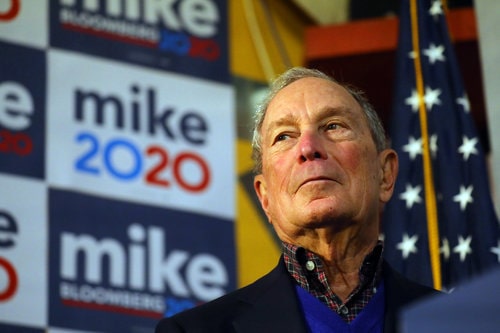 "For decades, Puerto Ricans and their interests have been ignored by Washington," Bloomberg wrote. "And there's a simple reason why: They don't have a vote in Congress. And so politicians don't have to care how they feel."

The former New York mayor stated, "there's a clear solution to this challenge that a majority of Puerto Ricans support," as well as a majority of Americans: statehood. "Most presidential candidates for president have been too afraid to back it. They tip-toe around it, to avoid alienating any voters. Not me. I'll state it clearly: I support statehood for Puerto Rico."

Bloomberg said, ignoring the island's needs or offering only Band-Aid solutions "has come at a substantial cost to U.S. taxpayers."

He said it is "akin to bailing out a bank every year or so, instead of adopting smart regulations that prevent banks from acting recklessly. Or paying for emergency room visits for those without healthcare insurance, instead of extending coverage that would allow people to see a doctor and prevent costly and deadly illnesses."

Bloomberg wrote, "he has put together a detailed plan that will deal with the island's debt crisis, alleviate the devastating spending cuts, overhaul the disaster recovery process, and put Puerto Rico on the path to growth and stability."

He vowed, "The time has come to sew Puerto Rico's star into our national flag. As president, when voters there are ready to begin the stitching, I'll bring Congress and the whole country together to get it done."