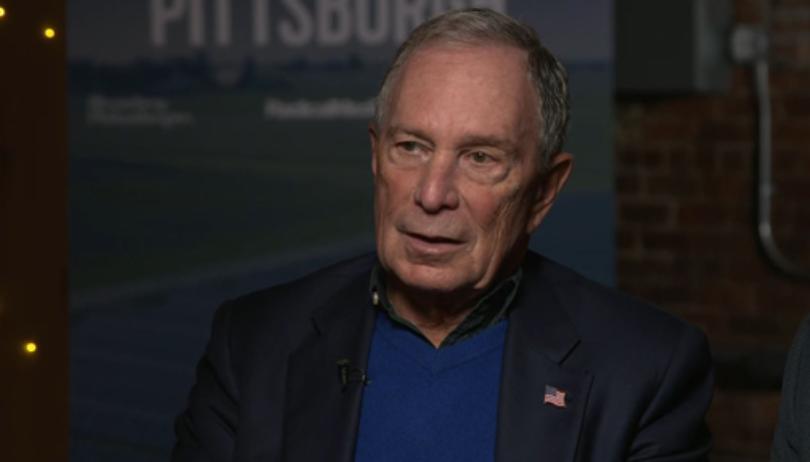 Michael Bloomberg has been in the presidential race only 7 weeks, and he’s already spent $200 million, according to ad tracker Advertising Analytics. The rest of the entire Democratic field has only spent $220 million.

The RealClearPolitics polling average over the last month has Bloomberg at 5.8 percent, although he’s doing slightly better recently.

All that money and not much love from Democratic voters. Bloomberg has said he’s willing to spend a billion dollars to defeat Donald Trump, but how much is he going to spend on his own vanity campaign for president?

Not that he can’t afford it, but at what point does it get silly? According to this story in the Daily Beast, Bloomberg isn’t pulling enough support to win one single delegate to the convention.

The Democratic National Committee’s primary rules stipulate that a candidate must win 15 percent of the vote statewide or 15 percent by any congressional district in order to collect any delegates. Internal models do not show Bloomberg above 10 percent in any of the first four early voting states—Iowa, New Hampshire, Nevada, and South Carolina, where he is intentionally ceding by bypassing campaigning there–or any district in the 15 delegate-rich states set to vote on March 3.

“Based on polling I’ve seen, both public and private, Bloomberg isn’t on track to pick up a single delegate on the Super Tuesday states, even places he’s got endorsements,” one unattached top strategist familiar with the delegate process told The Daily Beast. “Not nearly enough to get to 15 percent right now.”

The internal models  are particularly problematic given that Bloomberg’s unconventional primary strategy rests on a strong Super Tuesday showing. Having decided to opt out of competing in the first four states—a tactic none of his rivals have used—his campaign is strategizing around the March 3 event’s potential to kick off a wave of successes that will ultimately translate into a win for the Democratic nomination.

Does Bloomberg’s strategy even translate as a “long shot”? At least with a long shot, you have a chance. Bloomberg is spending all this money, saturating national TV with ads, and isn’t even cracking 15 percent.

The fat lady isn’t even going to bother to warm up.

By bypassing the early primaries, Bloomberg has put himself at a huge disadvantage.

Dave Jacobson, a Democratic media consultant based in Los Angeles, said Bloomberg is building an unprecedented state apparatus,  hiring top political hands like Chris Myers, the former executive director of the state’s Democratic Party. “He’s got a lot of high-profile people who he’s brought into the fold,” he said. “It’s unclear what kind of impact that will have.”

Still, Jacobson and multiple other unaffiliated strategists pointed to the momentum boost of the earlier states having a potentially disproportionate impact on how California Democrats will vote, with perceived electability playing a part of that.

Bloomberg can spend another $200 million over the next 7 weeks if he wants. The question is, why? Does he enjoy being humiliated? Maybe Trump snookered him in a business deal in the past. Something is driving Bloomberg beyond naked ambition to run a campaign that will only end in embarrassment.

Bernie Sanders has said that Bloomberg wanted to “buy” the nomination. The only thing he’s purchasing is an historical failure of epic proportions.