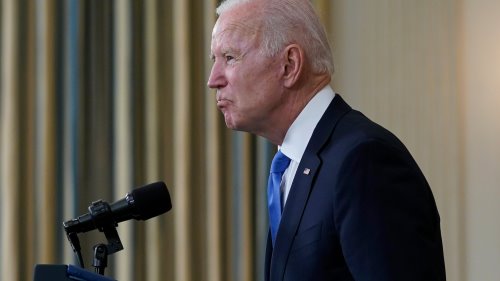 Garland sent a message to Abbott asking the governor to remove executive order GA 37, and stated that the order broke federal law. It also said that the Dept. of Justice (DOJ) would pursue legal action against the state if the order stayed in place.

“I urge you to promptly rescind your Order. If you do not, I am giving notice that the U.S. intends to pursue all legal remedies to guarantee that Texas does not disrupt the functions of the federal government,” the letter stated.

“In short, your Order is against federal law and cannot be enforced,” he claimed, referring to the federal government’s larger powers to handle immigration laws. “To the extent your Order is connected to immigration enforcement, it is unconstitutional.”

New: AG Garland has sent a letter to Texas Gov. @GregAbbott_TX threatening to sue over a newly-signed executive order that aims to restrict the transportation of recently-arrived migrants in the state. Garland calls the order "dangerous and unlawful." pic.twitter.com/jL5HmWHyqH

“In short, the Biden White House is putting the safety of Texans in harms way on a daily basis by not following the law. I will take every step in line with the law to protect the safety and health of all Texan citizens,” he said.

Abbott signed his executive order on Wednesday blocking any non-governmental entity from giving ground transportation “to any group of migrants who were detained by Border officials for illegally crossing the border or who were previously subject to expulsion.”

The measure also orders the Texas Dept. of Public Safety (DPS) to “stop any vehicle that is suspected of transporting migrants and to escort such a vehicle back to its origin point.”

Title 42 allows for border officials to hasten the removal of certain illegals claiming to want asylum in the country based on a public health emergency. The policy was enacted during the Trump White House and reports say that Biden will keep it in place for now.