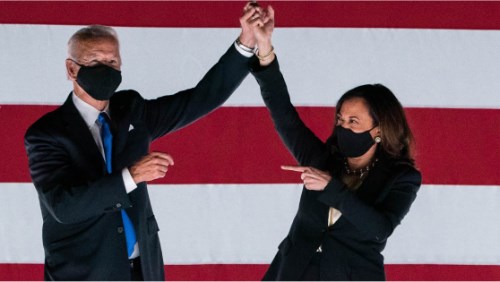 The Daily Caller, in a new report, has demonstrated how a seemingly insignificant part of Joe Biden’s gun control plan could be used to indirectly gut the Second Amendment.

In the relevant part of Biden’s “Plan To End Our Gun Violence Epidemic,” he states that, as president, he will seek to “hold gun manufacturers accountable” by “repealing” the “Protection of Lawful Commerce in Arms Act.”

This act was passed in 2005, and what it does is it prohibits “civil liability actions from being brought or continued against manufacturers, distributors, dealers, or importers of firearms or ammunition for damages, injunctive or other relief resulting from the misuse of their products by others.”

That’s the longwinded, lawyerly way of saying that firearm manufacturers, distributors, etc. . . , will not be held financially responsible for the misuse by the public of their firearms or ammunition.

As Erich Pratt, the senior vice president of Gun Owners of America, told the Daily Caller, there is a certain logic to the Protection of Lawful Commerce in Arms Act that would go missing if the act were to be repealed.

The result, according to Pratt, would be that “gun manufacturers could ultimately be put out of business through frivolous lawsuits.”

Kevin Jamison, a Missouri self-defense lawyer and firearms trainer, explained in more detail to the Daily Caller what would happen if the Protection of Lawful Commerce in Arms Act were to be repealed.

“If they destroy enough companies or force them to adopt their rules of procedure then there will be no place to buy guns and that’s what they’re looking for,” he said. “They want to make it as expensive to own a gun as humanly possible — and as difficult. If they get even part of their wish list, they won.”

Pratt said that the overall idea from Biden and the Democrats “would be ‘oh sure you can have a Second Amendment right, too bad you just can’t find any guns that are being produced and manufactured.”

Before the Daily Caller’s report, the focus has been on other aspects of Biden’s gun control agenda. One, that has been covered in detail by Breitbart, is a plan that would appear to result in all “assault rifles” having to be registered with the government and taxed at $200 a piece. In another, it appears that Biden would look to implement a mandatory buy-back program in which owners of “assault weapons and high-capacity magazines” are forced to hand these items over to the government.

It is clear that Biden, if he does go on to become the president, is going to launch an all-out assault on the Second Amendment.