Biden to Facebook About ‘Killing’ People: Don’t Take It ‘Personally’ 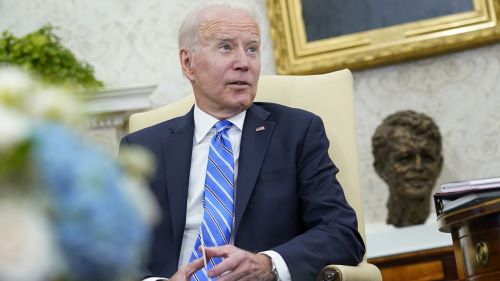 President Joe Biden tempered his assessment that social media giants are “killing people” by hosting alleged misinformation about the COVID-19 vaccines on their platforms, saying Monday that he hoped they would not take it “personally” and instead would act to save lives.

While companies like Facebook defend their practices and say they’re helping people around the world access verified information about the shots, the White House says they haven’t done enough to stop misinformation that has helped slow the pace of new vaccinations in the U.S. to a trickle, despite the social media giant’s extensive censorship of vaccine skeptics and conservatives.

It comes as the U.S. has allegedly seen a rise in virus cases among those who haven’t gotten a shot, in what alarmist officials call an emerging “pandemic of the unvaccinated.”

Speaking at the White House, Biden insisted he meant “precisely what I said” when he said Friday of the tech giants that “they’re killing people.”

But he said the point of his rhetoric was to ramp up pressure on the companies to take action.

“My hope is that Facebook, instead of taking it personally that somehow I’m saying ‘Facebook is killing people,’ that they would do something about the misinformation,” Biden said.

Biden’s comments come as the White House has struggled to counteract resistance to getting a shot, particularly among younger and more Republican demographics. Fewer than 400,000 Americans are getting their first vaccine dose each day — down from a high of more than 2 million per day in April. More than 90 million eligible people have not received a dose.

New information comes out every day about people still getting the virus despite being vaccinated — including five Democrats from Texas who fled the state to Washington to avoid having to vote on election integrity measures.

In the view of the administration, criticizing the social media companies — who have come under mounting scrutiny in Washington over not just disinformation, but also antitrust and privacy practices — is a proxy for criticizing the originators of disinformation themselves. The White House has generally sought to avoid engaging directly with those spreading misinformation to avoid amplifying falsehoods.

“I’m not trying to hold people accountable. I’m trying to make people look at themselves, look in the mirror,” Biden said, adding, “Think about that misinformation going to your son, your daughter, your relative.”