Biden Emerges From Hiding, Plans To Attack President Trump With Shadow Coronavirus Briefings From His Home In Delaware 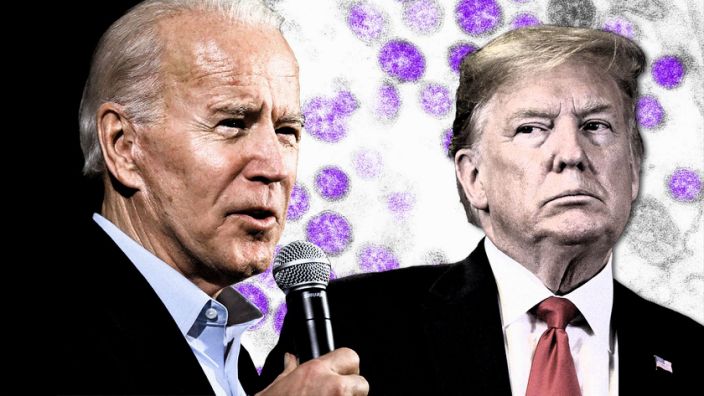 This is a winning strategy.

Old Joe Biden is planning on holding shadow Coronavirus briefings beginning on Monday in order to attack President Trump amid a pandemic outbreak.

Biden had to put his “No Malarkey” tour on hold and has been in hiding for over a week due to the *cough cough* Coronavirus, but he’s discovered some new technology that will allow him to give briefings from his home in Delaware.

“They tell me there’s ways we can do teleconferencing via us all being in different locations,” Biden said.

So he’s having his home in Delaware rigged up with equipment that will allow him to give briefings and interviews from his living room.

Joe Biden is planning a regular shadow briefing on coronavirus to start as early as Monday to show how he would handle the crisis and address what he calls the lies and failures of President Trump.

“President Trump stop saying false things, will ya?” Biden said. “People are worried they are really frightened, when these things don’t come through. He just exacerbates their concern. Stop saying false things you think make you sound like a hero and start putting the full weight of the federal government behind finding fast, safe and effective treatments.”

Now, he said, his house is being outfitted with equipment that would enable him to livestream events, have interactive tele-press conferences and broadcast interviews with network television.

“I would like to get in the position and we’re trying to work out so that the headquarters … to be able to accommodate my directly answering questions in front of a press that’s assigned to me,” he said. “We’ve hired a professional team to do that now. And excuse the expression that’s a little above my pay grade to know how to do that.”

So far Biden has been slow to the punch.

Biden has never had an original thought in his life and now he plans on attacking the President during a global pandemic.