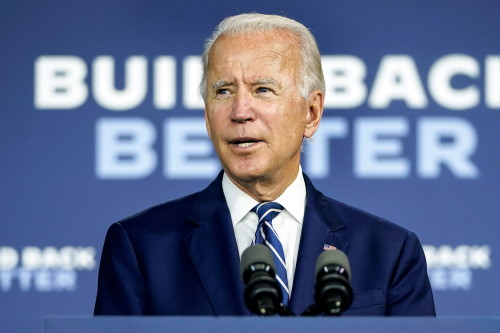 Why do people still trust what Democrats say? For years, this party has claimed to put working-class and “regular” Americans first. Oh sure, that wins them lots of votes. But do they ever do it when they enter office?

Since entering the White House, Biden’s decisions have only benefited the ruling elite of D.C. and globalists. Nothing he’s done has helped working families and everyday Americans.

But-but, he promised to only raise taxes on the rich, right? He specifically said he’d raise taxes on people earning $400,000 or higher. Guess what? That was a big, fat lie. Because millions of hard-working Americans are about to get fleeced, if Biden’s spending plan goes through.

The JCT’s analysis of the infrastructure bill would serve as a significant break from Biden’s promise not to raise taxes on Americans making less than $400,000 per year…

The JCT analysis even found that the proposal would increase taxes on Americans in calendar year 2027 for those making between $30,000 to $40,000 per year.

Joe Biden’s “infrastructure” bill would raise taxes on Americans earning over $50,000 a year. That’s most middle-class families and many blue-collar workers. Worse still, the JCT’s analysis discovered that by 2027, people making only $30,000-$40,000 would see their taxes increase.

That’s a far cry from Joe Biden’s promise. And regardless of what his press office is saying, those are the facts.

What to get even madder? Even though Biden said he’d hit rich Americans with new taxes, the JCT discovered all kinds of subsidies wealthy Americans can tax to avoid paying taxes. People earning $800,000 a year can claim a total of $118,000 tax credits. Those include tuition savings, credits for buying a Tesla, buying designer doors and windows for their home, and other “green” energy technology that only rich people can afford.

Still think Biden is the “man of the people”? I guess he is, if those people are rich elitists who look down on the rest of us.

Biden is able to pretend that he is against taxing regular folks and only wants to tax the rich, because Democrat lawmakers will be doing it. Corrupt liberals in D.C. can come up with these new taxes (and deductions for rich people), shielding Biden from criticism.

But when that bill reaches Biden’s desk, will he veto it because it will hurt working families? Of course not. He will sign it, enacting a flood of new pain and suffering onto already struggling Americans.

And he will continue to claim that he supports regular folks. A con job to end all con jobs.