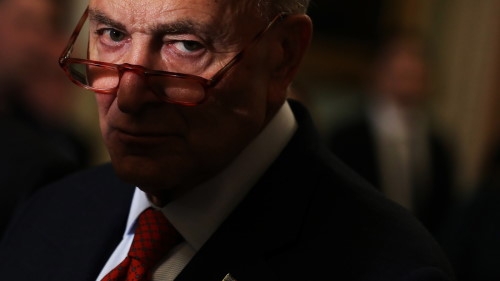 It is even worse than you thought.

Just when you thought that Twitter, Facebook, Google, Amazon, and the rest of the corrupt Silicon Valley mafia had crossed the final red line, breaking news erupts that exposes new depths of their corruption and their fundamentally anti-American agenda.

On Twitter, President Trump is banned, but the Chinese Communist Party is running free.

For any of you who use the social media platform, you may be surprised to learn that many of the anti-American comments in your Twitter feed and cries of “death to America” may be authored by someone other than a Democrat for once. In fact, there is a high probability that the Chinese Communist Party is behind the screeds.

(Do the Chinese communists not realize that the Democrats provide more than enough hate for America? America’s enemies can rest easy knowing that the socialist Democrats in Congress and in American society are doing the hard work for them of tearing down this country, erasing our history, and trying to rip out our constitutional government and civic norms at the root.)

As China grows into its big boy pants and finds itself with entertaining pretensions to global influence accompanied by delusions of grandeur, it is using its economic might to export its authoritarian model around the world.

Brainwashing its own citizens isn’t enough for China — they want to brainwash everyone else, too. The Chinese Communist Party is taking to social media to manipulate public sentiment in the U.S. and divide our country. Can someone please tell the dictator of Beijing that that is the Democrats’ job?

While Twitter, Facebook, Google, and Amazon are all banned in China, here in America we give the Chinese Communist Party free rein to exploit our open society and a free-market economy. While these are private companies there is a growing view that social media and search platforms, having usurped the public square, should be regulated like public utilities.

As a conservative, this may be the only time one might call for stricter government regulation of an industry. But Jack Dorsey, Mark Zuckerberg, and the rest of the clowns re-coding American society and wreaking havoc have proven that there are not up to the job of protecting America’s national security interests.

In the case of Twitter. they have repeatedly failed to regulate foreign actors who essentially use its platform for psychological warfare operations against the American public. Do they have no shame? There answer is that they don’t have any shame, and the only way they will learn is if they are punished (i.e., held accountable by government bodies and regulated as a public utility).

When Twitter should be banning the Chinese Communist Party for posting fake images of soldiers committing war crimes, Twitter is instead banning anyone who questions — not even criticizes — the health consequences of the transgender agenda’s push to encourage sexual-reassignment surgery for five-year-olds.

While Twitter is busy purging “bots” and “trolls” who voice conservative views, the Chinese Communist Party has grown an army of fake Twitter accounts that retweet Chinese diplomats and communist state media tens of thousands of times, amplifying their anti-American message.

Many of the fake accounts are made to look like citizens from the UK or Australia, which does double the damage: not only are they attacking America, but they are making it look like it is citizens from our allied countries who are issuing the attacks. Twitter is allowing the Chinese Communist Party to tear us down and tear us apart.

Is Twitter’s CEO, Jack Dorsey, a paid agent or bedfellow of the Chinese Communist Party? Measured by the current state of Twitter, neutral observers are inclined to say “yes.”