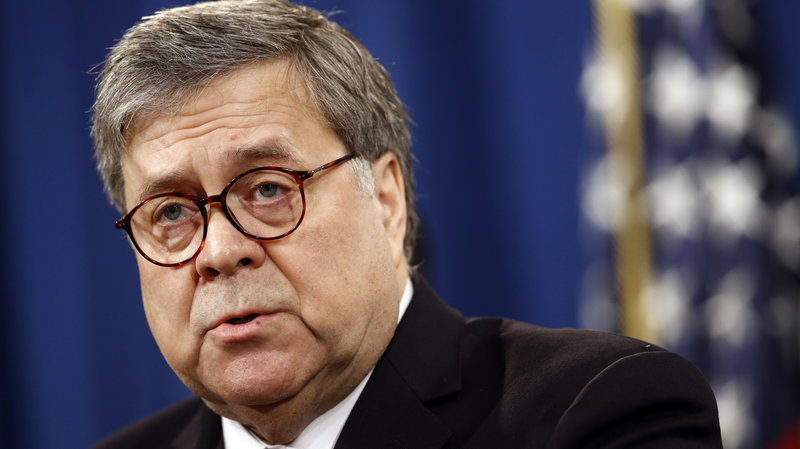 Speaking in Detriot on Wednesday, Attorney General Bill Barr announced a new initiative by the Trump Department of Justice (DOJ) to combat violent crime. And in an interview that aired on Fox News on Friday, Barr doubled down on why the measure is so important.

“We’re calling it Operation Relentless Pursuit, and it’s a two-pronged attack on violent crime,” Barr told interviewer Martha MacCallum, according to a transcript provided by Fox.

According to Barr, this “two-pronged” attack involves an increase in federal resources to seven cities across the U.S.

“First, we’re going to be increasing federal agents, analysts, and equipment into initially a group of seven cities throughout the country,” he said, according to Fox. “And second, we’re going to provide substantial resources to the state and local law enforcement.”

The administration’s most recent crime-fighting initiative comes amid chaos in Washington over Democrats’ efforts to impeach President Donald Trump. But Barr says Trump isn’t letting anyone — or anything — slow him down.

“What’s striking to me is that despite the unrelenting opposition during the first three years of his administration, the president’s been able to accomplish so much,” Barr told MacCallum. “And in my area of law enforcement, for example, since he came into office, we’ve been able to push down violent crime, we’ve expanded enforcement against firearms with the Project Guardian.”

Barr said Trump also requested the recent crackdown on crime “once the impeachment process started and the ability to come to some compromise on a violent crime bill fell apart.”

“He directed me to do whatever we can without that legislation, so we’re moving forward,” Barr said.

According to a news release announcing the new initiative, Operation Relentless Pursuit will kick off in seven major cities where the crime rates remain higher than the national average, including Detroit, Milwaukee, Baltimore, Cleveland, and Kansas City, as well as Albuquerque, New Mexico and Memphis, Tennessee.

The operation will feature joint efforts from the Bureau of Alcohol, Tobacco, Firearms, and Explosives (ATF), the Drug Enforcement Agency (DEA), the FBI, and the U.S. Marshals Service — all of which will be working hand-in-hand with state and local law enforcement officials as part of special task forces created to tackle violent crime.

In addition to increasing federal law enforcement presence in these cities, the program will also devote at least $71 million in federal grants that can be used to hire new police officers, pay for benefits and overtime, finance special task forces, or even purchase new equipment, according to the DOJ’s release.

“Americans deserve to live in safety,” Barr said of the measure. “Operation Relentless Pursuit seeks to ensure that no American city is excluded from the peace and security felt by the majority of Americans, while also supporting those who serve and protect in these communities with the resources, training, and equipment they need to stay safe.”