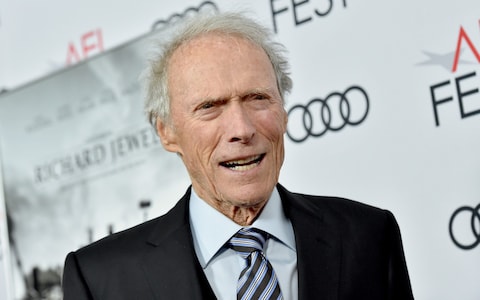 The Atlanta Constitution-Journal is demanding Clint Eastwood, Warner Bros., and screenwriter Billy Ray, the team behind the upcoming film "Richard Jewell" add a disclaimer to the movie because it portrays Kathy Scruggs, a former journalist from the newspaper, as having sex with a source in exchange for news tips.

An attorney representing the paper asked in a letter to the team that a statement be issued "publicly acknowledging that some events were imagined for dramatic purpose and artistic license and dramatization [and] were used in the film's portrayal of events and characters," reports Variety.

The movie is about the media frenzy surrounding Jewell, the security guard who was eventually exonerated of orchestrating the Centennial Olympic Park bombing during the 1996 Summer Olympics in Atlanta.

The letter also accuses the filmmakers of playing on negative stereotypes about female journalists.

"The film literally makes things up and adds to misunderstandings about how serious news organizations work," Kevin Riley, an editor for the newspaper, told Variety. "It's ironic that the film commits the same sins that it accuses the media of committing."

Scruggs broke the story the FBI was investigating Jewell, who initially sounded the alarm about the bomb. In the movie, the journalist, played by actress Olivia Wilde, sleeps with an FBI agent, played by Jon Hamm, to get the story.

The journalist died in 2001, at the age of 42, and the Atlanta paper insists there is no evidence she slept with anyone involved in the Jewell investigation.