As Democrats Push For Jan 6 Commission, GOP Creates a Commission Of Their Own 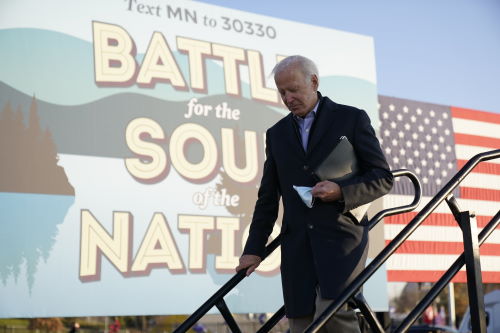 If you were to believe Democrats, what happened on January 6, 2021 was the worst thing to happen to our country, ever. They were so horrified that supposed Trump supporters (egged on and influenced by Antifa and leftist groups) would “storm” the Capitol, they are pushing a commission to investigate it.

Clearly, we know what they are up to. Democrats want to use this event to throw more dirt at Donald Trump. They already impeached him over the riot. And although there has been no evidence to suggest he “organized an insurrection” (but plenty that proves he had nothing to do with it), they still want to convince the country that Donald Trump is a monster who tried to overthrow the government.

All because they fear he will run again in 2024–and easily win.

I’m sure you’re already thinking the obvious. Why are Democrats only now so upset about rioting? Where was this concern all of last year, when rioters and looters destroyed countless American cities? Just a year ago, leftist groups were rioting every night in LA, Portland, Seattle, Chicago, Minneapolis, New York, and beyond. Not only did Democrats not care, but they encouraged it.

Now, a group of Republicans is demanding answers.

A group of Republican senators sent a letter Monday to Attorney General Merrick Garland demanding answers regarding punishments for those who stormed the Capitol on Jan. 6 and those who rioted over the spring and summer of 2020…

The Republican Senators ask, among other questions, how many people were arrested for committing crimes during the 2020 spring and summer riots, if federal law enforcement used geolocation data from defendants’ cell phones to track rioters down, how many of the rioters were released on bail and more.

Republicans are demanding a variety of answers from the DOJ over its response to both the January 6 riot and the countless riots that took place last year. They want to know if the Feds used “geolocation data” from cell phones to track protestors. Did the Feds use “pre-dawn raids and SWAT” to arrest people? How many people were actually incarcerated for crimes committed during the riots?

They asked the same questions about the January 6 riot and the Summer riots. Something tells me the answers will be different for both events. Why? Because it’s probable that the federal government is going harder on those connected to the Capitol riot than the Democrat-endorsed riots of the Summer.

We all know that Democrats applauded the endless violence, rioting, and looting of last Summer. They encouraged more of it and even bailed out rioters who were arrested. Because those riots were politically useful for the left and the media, they tried to paint them as necessary responses to the death of one man.

So, it isn’t likely there was a strong push to stop those riots or prosecute the people in them.

The January 6 riot is also being used for politics, but in a different way. Democrats are now suddenly outraged over a riot–and it’s possible the Feds used every resource available to apprehend the people involved.

Republicans want answers so they can expose the possible hypocrisy of both responses. Democrats won’t be able to hide the truth for long.